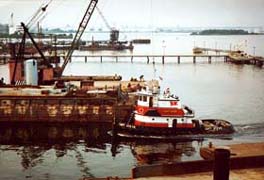 Maryland's economy continues to outperform the country as a whole. Information technology, telecommunications, and aerospace and defense are leading forces behind Maryland's economic growth. In the biotechnology area, Maryland is a noted leader and is at the center in the mapping of the human genome and commercial applications that result from its research.

Maryland continues to invest in education in order to prepare the State for growth in sectors requiring highly educated workers. Maryland is poised to gain both defense and nondefense contracts for medical research, aircraft development, and security.

As of June 1, 2022, Maryland still retains its AAA bond rating. It is one of only thirteen states to achieve this highest award.

In 2021, Maryland's Gross Domestic Product (GDP) was $438.2 billion, up from $410.7 billion in 2020. The largest sector in 2021 was government, followed by finance, insurance, and real estate, and then professional and business services.

In July 2021, Maryland ranked as the most improved state for business in CNBC's listing of America’s Top States for Business. 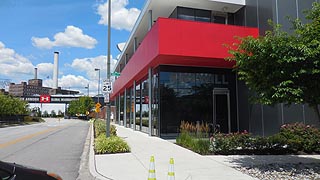 Maryland's Eastern Shore was listed among National Geographic's "Best of the World 2022." The selections are based on five categories: adventure, culture, family, nature, and sustainability.

Among Maryland cities, Baltimore significantly contributes to the State's economy. The IESE Business School at the University of Navarra in Spain ranked Baltimore no. 61 of world cities on its 2020 "Cities in Motion Index." The ranking was based on nine categories, including economy, environment, governance, technology, transportation, and urban planning. In July 2014, Fodor's Travel ranked Baltimore as one of the "World's 15 Best Waterfront Cities."

According to CompTIA’s Cyberstates 2022 report, Maryland ranked 15th for net tech jobs in the total workforce with 211,435 workers, 7.8% of overall employment. There were some 12,871 tech businesses in Maryland. The tech industry contributes $36.4 billion, or 9.6%, to Maryland's economy.

In 2020, Maryland ranked fourth in the Milken Institute's State Technology and Science Index for its ability to foster and sustain a technology sector, which is considered a major indicator in determining a state's economic health. The Index examines human capital investment; research and development inputs; risk capital and entrepreneurial infrastructure; technology and science workforce; and technology concentration and dynamism.

In 2019, Maryland was ranked 4th in the WalletHub Innovation Index of Most Innovative States. These rankings are based on 24 "innovative-friendly" indicators, including number of Science, Technology, Engineering and Mathematics (STEM) professionals as well as research and development (R&D) spending.

In 2015, Maryland was ranked third in the nation in "Innovation & Entrepreneurship" by the U.S. Department of Commerce in its annual Enterprising States report. Maryland ranked first for concentration of businesses and jobs in science, technology, engineering, and mathematics (STEM).

Aiding the State's growth is the InvestMaryland Program, which added $84 million to Maryland's high-tech base during Fiscal Year 2012, and is overseen by the Maryland Venture Fund Authority.

Innovations in Maryland's economy are bolstered by research parks which facilitate joint research among universities, State and federal government institutions, and private industry. These parks include: The Johns Hopkins Bayview Campus (life sciences research) in Baltimore; and Shady Grove Life Sciences Center (biomedical & life sciences research) in Montgomery County. Also significant are the Applied Physics Laboratory in Laurel and the Space Telescope Science Institute in Baltimore, both affiliated with The Johns Hopkins University. The research park and technology center at University of Maryland Baltimore County (bwtech@umbc) on the Catonsville campus opened in 1996 to support life sciences and high technology research, and high technology business development. In addition, the University of Maryland Baltimore County leads a consortium of universities and private sector companies to develop the Joint Center for Earth Systems Technology. Center faculty and staff collaborate with Goddard scientists in studying the earth's surface, atmosphere, and oceans. 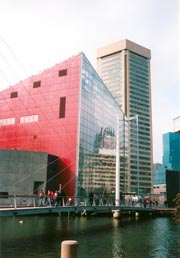 Located on the Eastern seaboard, Maryland is in an ideal location for trade. Accessible through the Chesapeake Bay and the Chesapeake and Delaware Canal, the Port of Baltimore is the closest East Coast port to the Midwest. It is one of only two Eastern U.S. ports where the main shipping channel reaches a depth of 50 feet. The Port also links to several major interstate highways. Cargo leaving the Port of Baltimore by truck is within an overnight drive of one-third of America's population.

Maryland borders the District of Columbia (the nation's capital), and is within hours by land of New York, Philadelphia, and Pittsburgh. Nearly 90% of the State's population (6,177,224 in 2020) resides within the densely populated corridor between Baltimore and Washington, DC. The corridor is part of the Washington-Baltimore-Northern Virginia Combined Statistical Area, the fourth most populated such area in the nation. 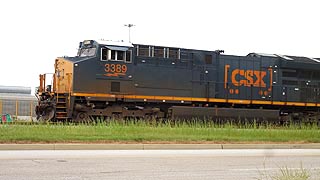 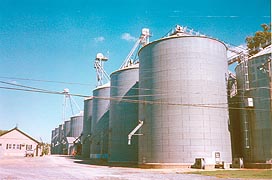 Agriculture plays a vital role in Maryland's highly diversified economy. Of Maryland's nearly 8 million acres of total land area, some 2 million acres are farmland. In 2020, gross cash income from commodity (crop & animal) receipts and other farm-related work was approximately $2.53 billion, while net cash income was about $463 million million, or $37,369 per farm. Total production expenses were approximately $2.26 billion ($182,325 per farm), while net farm income exceeded $392.4 million ($31,650 per farm). In 2020, the cash receipts of all agricultural products totaled approximately $2.1 billion. 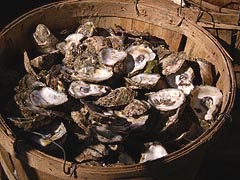 Commercial Fishing. In addition to agriculture, Maryland's commercial fishing activities in the Chesapeake Bay add a unique feature to its diverse economy. The harvesting of blue crabs, clams, and oysters are essential in the economic contribution of the Chesapeake Bay. The Bay provides half of the nation's blue crab harvest, and the seafood industry adds nearly $600 million to Maryland's economy. 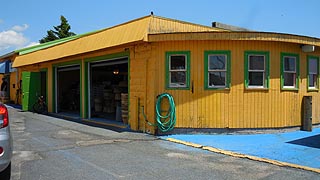 Maryland's plan to revitalize older developed areas and discourage sprawling development into the State's rural areas, is overseen by the Smart Growth Subcabinet.