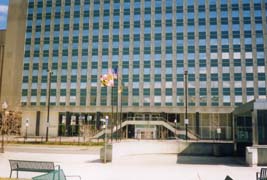 Representative of Governor's Office: one vacancy

Under the Subcabinet is the Smart Growth Coordinating Committee.

To help the Smart Growth Subcabinet implement Smart Growth Policy, the Smart Growth and Neighborhood Conservation Coordinating Subcommittee was created by the Governor in January 1998 (Executive Order 01.01.1998.04). Later, it assumed its present name.

The Committee helps administer programs, projects, and activities in Priority Funding Areas and targeted communities in those areas. In Maryland, areas where local and State governments want to encourage development and growth and which meet certain criteria for water and sewage systems, population density, and land use capabilities may qualify as Priority Funding Areas. Such places include existing municipalities; land within the Washington, DC Beltway (I-495) and the Baltimore Beltway (I-695); and areas already designated as enterprise zones, neighborhood revitalization areas, heritage areas, or industrial land.

As required by law, the Committee reviews projects funded as special exceptions (i.e., not in a Priority Funding Area), or those with extraordinary circumstances, and reports to the Subcabinet on projects needing approval from the Board of Public Works. The Subcommittee also recommends to the Subcabinet changes in State law, regulation, or procedure needed to implement Smart Growth Policy and helps coordinate programs in targeted communities, including sustainable communities.

Subcommittee members are designated by their State agency to relay information about procedures to implement Smart Growth Policy within that agency.