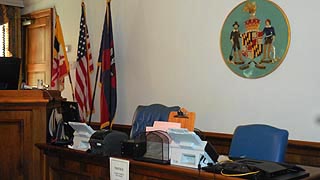 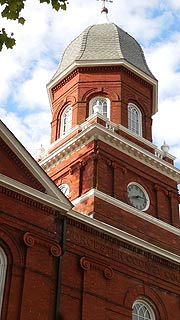 ADULT DRUG COURT
Adult Drug Treatment Court Program. This is a post-plea treatment-based program conducted in four phases for 12 to 18 months. For adults whose crimes were committed due to their drug addiction, the Program offers intensive rehabilitation services. Working together on the Program are the District Court, the Circuit Court, the State’s Attorney’s Office, the Office of Public Defender, the County Health Department, the County Jail, the Division of Parole and Probation, and local law enforcement.

FAMILY RECOVERY COURT
In Worcester County, the Family Recovery Court started as the Family Court in 2005.

Family Recovery Court Program. This is a four-phase, 12- to 18-month treatment-based program for adults who have open Children in Need of Assistance (CINA) cases. The Program involves the Circuit Court; the County Department of Social Services; the Office of Public Defender; the County Health Department; the Division of Parole and Probation; and Worcester Youth and Family Counseling Services, a nonprofit organization, and its Lower Shore Court-Appointed Special Advocate (CASA) Program.

JUVENILE DRUG COURT
Juvenile Drug Court Program. Under the Circuit Court, this program was developed to reduce crime and eliminate alcohol and drug use among juveniles. It is a four-phase, 10- to 15-month program that involves the Circuit Court, the State’s Attorney’s Office, the Office of Public Defender, the County Health Department, the County Board of Education, local law enforcement, and the State Department of Juvenile Services.

Because truant behavior often is linked to other forms of delinquency, leading to poor relations with the police and subsequent incarceration, the Program seeks to address the causes of truancy, and improve the student's attendance, achievement, and attachment at school (Chapter 551, Acts of 2004; Code Courts & Judicial Proceedings Article, secs. 3-8C-01 through 3-8C-10). 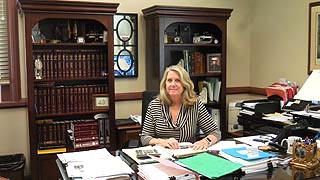 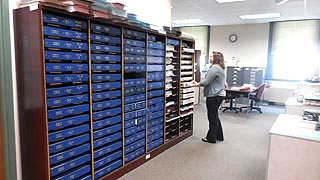 For the public, the Circuit Court Clerk performs certain court duties, such as filing, docketing, and maintaining legal records; recording documents that involve title to real estate; and collecting the fees, commissions, and taxes related to these functions. The Clerk also issues certain licenses. In this process, the Clerk's Office collects and distributes funds on behalf of the State, and Worcester County and its municipalities. 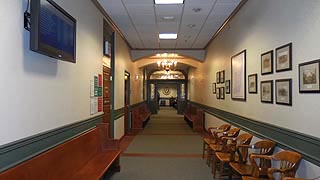 Under Court Administration are the Assignment Office, Court Reporters, the Drug Court Division, Family Support Services, the Jury Office, and the Law Library. 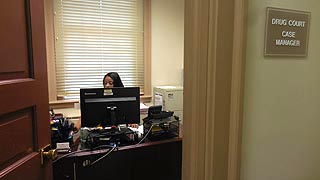 DRUG COURT DIVISION
The Drug Court Division was established in 2005. Within the Division are three programs: Adult Drug Treatment Court, Family Recovery Court, and Juvenile Drug Court. They have been developed to help those battling substance abuse, related criminal offenses, or child welfare matters. All programs operate with a team of County and State agencies working collectively. 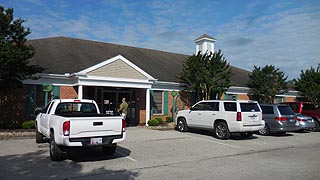 The District Court of Maryland began operating as a court of record in July 1971. It had been created by constitutional amendment in 1970 (Chapter 789, Acts of 1969, ratified Nov. 3, 1970; Const., Art. IV, secs. 41A through 41-I). In Worcester County, the Court replaced the county trial magistrates. 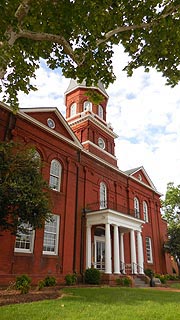