State School Fund Commissioners. The General Assembly, in 1816, appointed nine commissioners to oversee the State school fund in each county (Chapter 256, Acts of 1816). The commissioners were to "establish a central free school in each election district" and report to the General Assembly on how funds were used. In the colonial period, free schools offered a curriculum that included "Latin, Greek, Writing, and the like" (Chapter 31, Acts of 1694). [It is not clear from the 1816 law if "free" refers to the classical curriculum or the lack of tuition.]

County School Commissioners. In 1825, a statewide public education system was formed (Chapter 162, Acts of 1825). Justices of the levy courts in each county appointed nine school commissioners who were to divide the county into school districts. The levy courts also appointed up to eighteen inspectors of primary schools for each county. The inspectors' charge was to examine teachers, issue teacher certificates, visit schools, give suggestions to teachers and school trustees, and report to the county school commissioners. Elected by the voters of each school district, three trustees were to purchase schoolhouse sites, repair and furnish the schoolhouses, and hire all teachers within the district. Authorized to keep records of school commissioner meetings, a district clerk was elected by the voters annually. A district collector collected monies from school taxes.

Board of Education. County school commissioners were renamed boards of education in 1916 (Chapter 506, 1916). They were to be appointed by the Governor without regard to political affiliation.

Formerly, the Board's seven members were appointed by the Governor to serve five-year terms (Code Education Article, secs. 3-101 through 3-105; 3-108). On November 8, 2016, however, the voters by referendum chose to have an elected Board of Education (Chapter 169, Acts of 2016). Thereafter, on November 6, 2018, the voters first elected seven members (five by district & two at large) to serve four-year terms. The Superintendent of Schools continues to serve as secretary, treasurer, and executive officer of the Board (Code Education Article, sec. 4-102).

DIVISION OF BUSINESS & OPERATIONS
As Administrative Services, the Division of Business and Operations Division began. It reformed under its current name in 2018.

The Division works with school staff to ensure resources are in place to meet the needs of students for academic, emotional and social growth. In FY2020 Human Resources was moved from under the Superintendent to the Division of Business and Operations.

DIVISION OF INSTRUCTION
The Division of Instruction provides support to families, students, staff, and teachers by collaborating statewide to ensure programs are in alignment with State standards.

In FY2020 Communications and Community Outreach transferred from the Superintendent to the Division of Instruction.

DIVISION OF STUDENT & FAMILY SERVICES
The Division of Student and Family Services works to ensure that students learn, develop skills, and later become gainfully employed. To those ends, the Division seeks to support student enrollment and school attendance; and offers guidance, and health services, including mental health services for students and their families with the Families in Transition (FIT) Program.

School Inspectors. The duties of county superintendents of schools first were assigned to school inspectors in 1825 (Chapter 162, Acts of 1825). Levy courts were to appoint annually up to eighteen inspectors of primary schools for each county. The inspectors determined teacher qualifications, examined teachers, and issued teacher certificates. They also were expected to visit schools and offer suggestions to school district trustees. By 1835, the number of inspectors was reduced to three for each county (Chapter 278, Acts of 1835).

County Superintendent of Public Education. In 1904, county examiners were renamed county superintendents of public education (Chapter 584, Acts of 1904). Three times a year, they were required to visit each school in counties with 60 or fewer teachers. Twice a year, they went to schools in counties having more than 60 teachers, and once in those counties with more than 175 teachers. 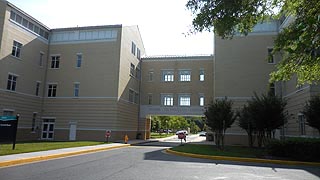 Wor-Wic Community College started in 1975 as a postsecondary vocational and technical school for residents of Worcester and Wicomico counties. A two-year public community college, it moved to its present site at Salisbury in 1994.

Appointed by the Governor with Senate advice and consent, Board members serve six-year terms (Code Education Article, secs. 16-101 through 16-103).

the Library has three branches: Bivalve Station, Centre at Salsibury, and Pittsville.

BOARD OF LIBRARY TRUSTEES
The Board of Library Trustees sets policy for Wicomico Public Library, and adopts rules, regulations, and bylaws for its governance. The Board also advises the Director in the preparation of and approving the Library budget. Subject to County Council approval, the Board selects the location of and approves plans for Library buildings.