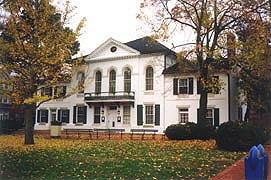 In Queen Anne's County, the Circuit Court formerly was at 100 Court House Square, Centreville, the site now termed the Historic Courthouse. On June 17, 2019, the Court moved to its present location at 200 North Commerce Street, Centreville.

For the public, the Circuit Court Clerk performs certain court duties, such as filing, docketing, and maintaining legal records; recording documents that involve title to real estate; and collecting the fees, commissions, and taxes related to these functions. The Clerk also issues certain licenses. In this process, the Clerk's Office collects and distributes funds on behalf of the State, and Queen Anne's County and its municipalities.

For the Circuit Court, the Court Administrator oversees the Assignment Office, the Court Auditor, the Court Reporter, Family Services, Jury Services, the Law Library, and the Trust Clerk.

ASSIGNMENT OFFICE
The Assignment Office establishes and maintains the Circuit Court's trial calendar, and monitors the scheduling of cases.

Responsibilities for animal control, formerly under the Office of Sheriff, were transferred to the Department of Animal Control in February 2015. 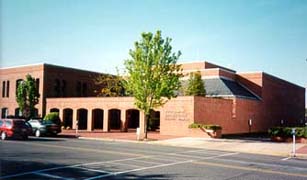 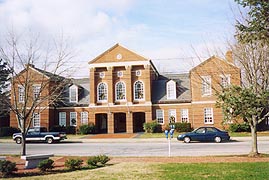