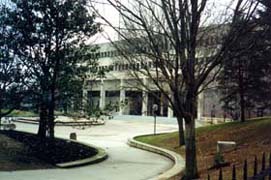 Each Circuit Court judge is appointed by the Governor and then must stand for election. The judge's name is placed on the ballot in the first general election that occurs at least one year following the vacancy the judge was appointed to fill (Const., Art. IV, sec.5). The judge may be opposed formally by one or more qualified members of the bar, with the successful candidate being elected to a fifteen-year term (Const., Art. IV, secs. 3, 5, 11, 12, 19-26).

In Child in Need of Assistance (CINA) cases, parents who suffer from substance abuse can take part in an intensive, structured treatment program through the Family Recovery Court. Under this program, they are supported by a network of holistic, strength-related services. It involves a collaborative, nonadversarial process in which participants are held accountable through frequent monitoring, evaluations, and court reviews.

For eligible juveniles ages 13 to 17 who have been charged with a crime (other than a violent crime or sexual offense), the Juvenile Drug Court offers a four-phase intervention program. Lasting about one year, the program involves frequent court appearances, close court supervision, random drug testing, and individual and group-based counseling. Participation is voluntary and requires a commitment by a parent or guardian to participate and attend court hearings.

COURT ADMINISTRATION
In Baltimore County, the Court Administrator oversees the Clerk of the Court, and the Sheriff.

For the public, the Circuit Court Clerk performs certain court duties, such as filing, docketing, and maintaining legal records; recording documents that involve title to real estate; and collecting the fees, commissions, and taxes related to these functions. The Clerk also issues certain licenses. In this process, the Clerk's Office collects and distributes funds on behalf of the State, and Baltimore County and its municipalities.

CIVIL & FAMILY LAW DIVISION
Under the Clerk of the Circuit Court, the Civil and Family Law Division was authorized in January 1998.

The Division provides a forum to resolve family legal matters in a problem-solving manner, with the goal of improving the lives of families and children who appear before the Circuit Court (Maryland Rule 16-204). To that end, the Court makes appropriate services available for families who need them. The Court also provides an environment that supports judges, court staff, and attorneys so that they can respond effectively to the many legal and nonlegal issues of families in the justice system.

Actions and matters assigned to the Civil and Family Law Division include:

SHERIFF
Under Maryland's first State Consitutiton, two sheriffs were to be elected in each county by the voters. One of these would be commissioned as Sheriff by the Governor to serve a three-year term. In the event of death, removal, or other incapacity of the incumbant, the "second" sheriff could replace him. At that time, to be eligible for the office of Sheriff, a person had to have been at least twenty-one years of age, a County resident, and a holder of real and personal property valued at one thousand pounds current money (Constitution of 1776, sec. 42). 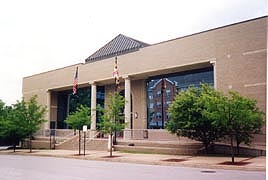 The District Court of Maryland began operating as a court of record in July 1971. It had been created by constitutional amendment in 1970 (Chapter 789, Acts of 1969, ratified Nov. 3, 1970; Const., Art. IV, secs. 41A through 41-I). In Baltimore County, the Court replaced the county trial magistrates, and the People's Court.

Commissioners in a district are appointed by and serve at the pleasure of the District Administrative Judge, with approval of the Chief Judge of the District Court (Const., Art. IV, sec. 41G (a)(2); Code Courts & Judicial Proceedings Article, secs. 2-602, 2-607). 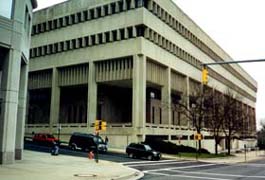 The Register of Wills serves as clerk to the Orphans' Court, oversees the administration of the estates of those who have died, and provides assistance to individuals administering those estates. In addition, the Register of Wills collects inheritance taxes and other fees (as provided by law), which fund operations of the office. Inheritance tax collections (less the commissions earned on those collections) are remitted to the State's General Fund.