In Baltimore City, the principal agencies concerned with public safety are the Office of Emergency Management, the Fire Department, and the Police Department.

Following World War II, the Office of Emergency Management developed out of the City's Civil Defense Program as part of the Department of Public Works. In 2002, the Office was restructured under the Fire Department, and was placed under the Chief of Staff in 2008. It transferred to Emergency Management and Public Safety in September 2012, and was made a separate unit in 2015.

The Office of Emergency Management develops and implements emergency readiness plans to address potential disasters, and works to alert residents, businesses, and government agencies of how to prepare for predicted emergencies, react to existing emergencies, and recover from past emergencies. The Office coordinates City emergency responders, and acts as liaison to federal, State, private, and nonprofit agencies to ensure residents have basic necessities (Code Public Safety Article, secs. 14-109 through 14-113).

Appointed by the Governor on recommendation of the Mayor, the Director oversees the Office (Code Public Safety Article, sec. 14-109). 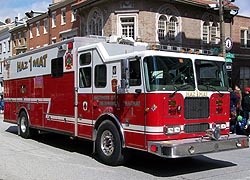 As a volunteer service, the first fire company was founded in Baltimore City in 1763. To ensure quick and efficient response to fires in the City, the first professional service was created in 1859. Since then, the Department has expanded to include emergency medical response units, and specialized hazard units to confront emergency needs.

The Department consists of three Divisions: Administration, Community Risk Reduction, and Operations. It is aided by the Board of Fire Commissioners.

BOARD OF FIRE COMMISSIONERS
Responsible for conducting reviews and investigations relating to conduct and disciplinary matters within the Fire Department, the Board of Fire Commissioners advises the Fire Chief on its findings. The Board also hears cases of appeal under the Fire Prevention Code, and serves as arbitrator between fire fighters and their officers. In these duties, the Board is empowered to administer oaths and issue subpoenas. In addition, the Board reviews policies and sets rates for Department pensions and disability benefits.

ADMINISTRATION DIVISION
Formed in 2008, the Administration Division consolidated all maintenance, procurement and supply functions for the Fire Department. Moreover, the Division ensures communications between City and volunteer fire and rescue companies, oversees the Fire Academy, and conducts community outreach and training programs.

Within the City Fire Department, the Fire Incendiary Bureau began in February 1938 to investigate possible arsons. The Bureau was restructured as the Fire Investigation Bureau in April 1958. At that time, the Office of Fire Marshal was created.

The Fire Marshal is responsible for the investigation and enforcement of laws regarding arson; fire prevention; the installation and maintenance of fire detection and extinguisher equipment; the availability and adequacy of fire exits at public and commercial establishments; and the storage, sale, or use of explosives and combustibles. To ensure that all new construction meets Fire Code standards, the Office works with City building inspectors, and oversees efforts to bring older commercial buildings up to Code. For State properties and other institution requiring State licensure, the Office performs similar duties as well (Code Public Safety Article, secs. 6-401 through 6-403). 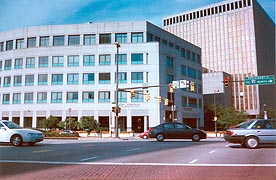 Origins of the Police Department trace to the colonial period when Baltimore County constables patrolled the area that later became Baltimore City. The first constables assigned specifically to Baltimore City were authorized by the General Assembly in 1784 (Chapter 69, Acts of 1784). Following the City's separation from Baltimore County in 1851, the State Legislature authorized creation of a City police force in March 1853 (Chapter 46, Acts of 1853). During the Civil War, the Federal military authorities took control of the Baltimore City police on June 27, 1861, and then turned over the Police Department to the authority of the State in March 1862.

In 1885, the Police Department was restructured, creating new divisions and incorporating new technologies. Call boxes were installed throughout the City, the Harbor Patrol began, and the City's first patrol wagon was purchased. These changes allowed units to stay in better contact, reduce response times, and better police City waterways.

By 1961, the City Park Police joined the Police Department, further increasing the Department's scope and size (Chapter 290, Acts of 1961).

Since April 2019, the Police Department has overseen four bureaus: Administrative, Compliance, Operations, and Public Integrity. The Department also is aided by the Community Oversight Task Force.

CHIEF OF STAFF
Previously, the Chief of Staff oversaw the daily administrative duties of the Police Department, including meeting its fiscal and procurement needs. In April 2019, the Chief of Staff became responsible for the Executive Protection Unit, Government Affairs, and Public Information.

In April 2019, the Administrative Bureau organized within the Police Department.

In April 2019, the Compliance Bureau was formed and assumed responsibility for Audits and Inspections; Consent Decree Implementation; Education and Training; and Technology.

POLICE TRAINING ACADEMY
Duties of the Police Training Academy began in 1900 when the Board of Police Examiners was established. The Board formed to ensure the qualifications of an expanding police force (Chapter 16, Acts of 1900). To further ensure professional standards, the Baltimore City Police Academy opened in 1913, providing specialized training to recruits. It later was renamed the Professional Development and Training Academy, and then the Police Training Academy. Still later, it was placed under the Strategic Investigation and Support Services Bureau in February 2018, and under the Compliance Bureau in April 2019.

Headed by a Deputy Commissioner, functions of the Operations Bureau are organized under the Chief of Criminal Investigation and the Chief of Patrol.

Under Patrol are Neighborhood Services, and Patrol.