State School Fund Commissioners. The General Assembly, in 1816, appointed nine commissioners to oversee the State school fund in each county (Chapter 256, Acts of 1816). The commissioners were to “establish a central free school in each election district” and report back to the General Assembly on how funds were used. It is not clear in the 1816 law if the word “free” refers to the classical curriculum described in 1694 or lack of tuition.

County School Commissioners. In 1825, a statewide public education system was formed (Chapter 162, Acts of 1825). The justices of the levy courts in each county appointed nine school commissioners who were to divide the county into school districts. The levy courts also appointed up to eighteen inspectors of primary schools for each county. The inspectors were to examine teachers, issue teacher certificates, visit schools, give suggestions to teachers and school trustees, and report to school commissioners. Elected by the voters of each school district, three trustees were to purchase schoolhouse sites, repair and furnish the schoolhouses, and hire all teachers within the district. Authorized to keep records of school commissioner meetings, a district clerk was elected by the voters annually. A district collector collected monies from school taxes.

Board of Education. Boards of county school commissioners were renamed boards of education in 1916 (Chapter 506, 1916). They were to be appointed by the Governor without regard to political affiliation.

Today, educational matters that affect Somerset County come under the control of the Board of Education (Code Education Article, secs. 4-101 through 4-126).

SUPERINTENDENT OF SCHOOLS
The Superintendent of Schools administers the Somerset County Public School System, and serves as executive officer, secretary, and treasurer of the Board of Education (Code Education Article, secs. 4-102; 4-201 through 4-206). 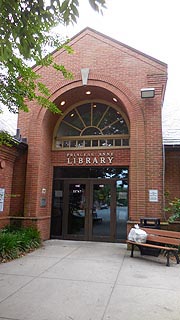 The Somerset County Library System, based at Princess Anne, has branch libraries at Crisfield and on Smith Island at Ewell. The oldest of these is the Crisfield Library first organized about 1910. Originally located in a storeroom, the library moved into City Hall by 1923, and to its present location where it was dedicated in 1930 as the Lilyan Stratton Corbin Memorial Library.

From 1914 the Princess Anne Library was housed in the town railway station. It moved to East Prince William Street in 1959, and to Beechwood Street in 1988 when the present building was dedicated.

The Lilyan Strattan Corbin Memorial Library was Crisfield's first public library. At 4 East Main St., Crisfield, it was dedicated on May 29, 1930.

The Somerset County Library System was created in 1967 to join the libraries at Crisfield and Princess Anne.

Endowed by Alfred Oppenheim Corbin in memory of his wife, the Corbin Memorial Library closed on May 18, 2016. On June 4, 2016, the new state-of-the-art library at 100 Collins Street in Crisfield was dedicated. 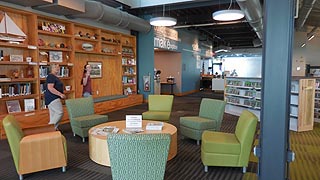 BOARD OF LIBRARY TRUSTEES
Established in 1967, the Board of Library Trustees sets policy for the Somerset County Library System.