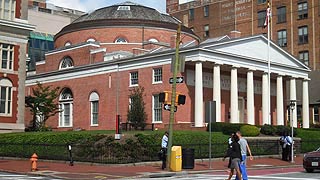 Constructed in 1812, Davidge Hall was named for John B. Davidge, the School of Medicine's founder and first dean. It remains the oldest medical school building in continuous use in this country. 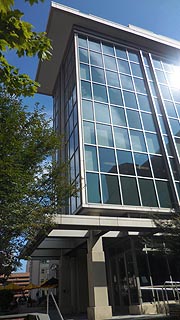 In May 2002, the Center for Health and Homeland Security was formed by the President of the University of Maryland, Baltimore. The Center coordinates, develops and expands programs within the University's six professional schools relating to counterterrorism and disaster preparedness. These programs include scientific and scholarly research, policy development, training, legal analysis, and government consulting.

The Center studies health-related aspects of molecular biology and biotechnology at the applied and clinical levels. It fosters bioscience collaboration with other University System of Maryland institutions in which medical research expertise and access to clinical resources are necessary. 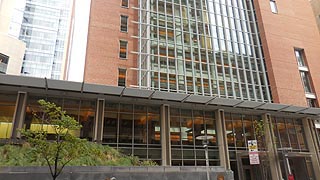 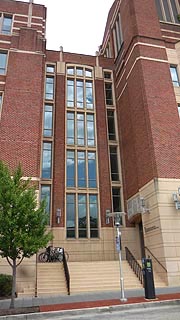 The Francis King Carey School of Law originated with the appointment of a law faculty at the University of Maryland in 1813. It more formally organized as the Maryland Institute of Law under David Hoffman at the University in 1824. The Institute returned to Department status by 1836. Lectures discontinued from 1843 until 1869 when instruction resumed under the reorganized University of Maryland School of Law. In September 2011, the School was named after Francis King Carey, Esq. (1858-1944), prominent attorney, civic leader, and 1880 graduate of the School.

Francis King Carey School of Law of the University of Maryland is a nationally recognized leader in legal education. Its Clinical Law Program, Environmental Law Program, and Health Care Law Program are ranked among the very best in the nation. 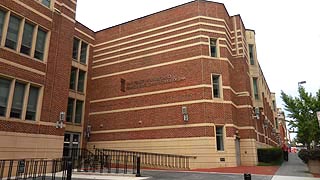 Several scholarly journals are published by the School. They include the Maryland Law Review and, in cooperation with the American Bar Association's Business Law Section, The Business Lawyer, perhaps the most widely distributed law journal/review publication in the world.

Formerly located at 515 West Lombard St., the School of Law moved to its present site in 2002. 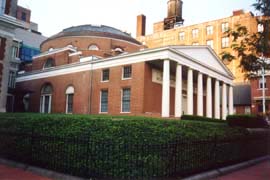 One of the leading biomedical research institutions in the United States, the School of Medicine particularly is known for its programs in cancer, brain science, surgery and transplantation, trauma and emergency services, vaccine development, and human genomics. 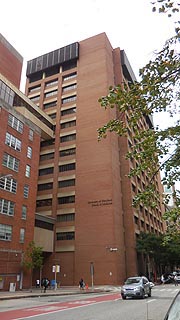 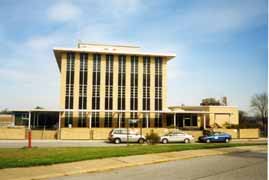 The Center is aided by the Executive Board, and the Technical Review Committee.

EXECUTIVE BOARD
The Executive Board for the Maryland Psychiatric Research Center develops policies for center operations, including policies on assignments and responsibilities of the Center's scientific and technical employees. The Board consists of five ex officio members (Code Health - General Article, secs. 10-419 through 10-422).

TECHNICAL REVIEW COMMITTEE
The Technical Review Committee for the Maryland Psychiatric Research Center provides peer review over research at the Center. The Committee also advises the Executive Board and the Superintendent of the Center. The Committee consists of eleven members. Six are named by the Executive Board and three serve ex officio (Code Health - General Article, secs. 10-426 through 10-429). 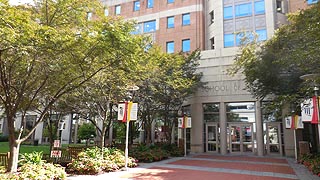 The School of Nursing of the University of Maryland was founded by Louisa Parsons in 1889. 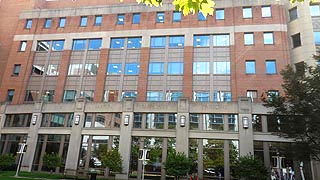 Across the School's main building in Baltimore are chiseled the surnames of those important to nursing education: Florence Nightingale, the English founder of modern nursing; Clara Barton, Civil War nurse and founder of the American Red Cross; Mary Eliza Mahoney, the first African-American woman to complete graduate nurse training; Louisa Parsons, English founder of the University of Maryland School of Nursing; and Lillian D. Wald, founder of the Henry Street Settlement in New York, and advocate for community public health care for all.

GOVERNOR'S WELLMOBILE PROGRAM ADVISORY BOARD
Within the School of Nursing, the Governor's Wellmobile Program and the Governor's Wellmobile Program Advisory Board both formed in 2000 (Chapter 376, Acts of 2000). The Program delivers primary and preventive health care to geographically underserved communities and uninsured individuals. For the School of Nursing, the Program provides principal training sites to expand opportunities for students to learn the care of underserved populations.

With the School of Nursing, the Board is to develop partnerships with local health departments, hospitals, schools, community associations, businesses, and other entities that can help provide primary and preventive health care services through the Program. The Board with the School of Nursing solicits grants and donations on behalf of the Program, and develops a mechanism for receiving third-party reimbursement.

The Board consists of nine members. Six are appointed to three-year terms by the Governor with Senate advice and consent. One is a State Senator named by the Senate President, and one is a Delegate chosen by the House Speaker. The Dean of the University of Maryland School of Nursing chairs the Board (Code Health - General Article, secs. 13-1301 through 13-1303). 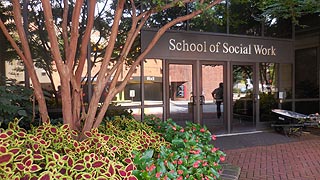