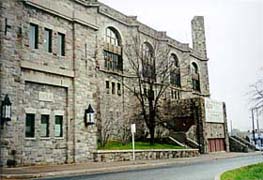 Authorization for military force in Maryland began when the Maryland Charter of 1632 empowered Lord Baltimore to raise troops to put down insurrection or rebellion and subdue enemies of the province. It continued in the eighteenth century as Maryland militia units fought during the French and Indian War, and distinguished themselves in the American Revolution at the Battle of Long Island (1776), the Battle of Camden (1780), the Battle of Cowpens (1781), the Battle of Guilford Courthouse (1781), and the Battle of Eutaw Springs (1781). 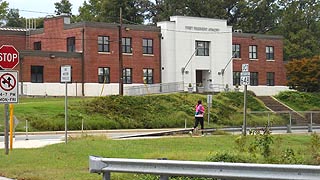 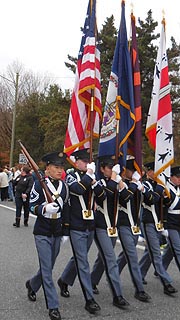 The Governor may call up the Maryland National Guard for state service in emergencies. During a call-up, salaries and expenses of these units are the responsibility of the State. When members of the organized military (National Guard) are ordered by the Governor to active duty for training or emergencies, they receive pay and allowances as prescribed (Code Public Safety Article, secs. 13-704, 13-705). No specific provision is provided in the State budget for these expenses. For State call-ups, the Board of Public Works makes mission-specific emergency allocation of funds.

All State forms and records required for militia use and the reports and returns required by the federal government are prepared by the Military Department. Service records of all officers and enlisted persons who have served or are serving in the Maryland National Guard are maintained by the Department as well.

The Military Department also operates programs for youth. To reduce violent behavior and substance abuse, the About Face! Program conducts after-school activities, weekend retreats, and summer camps for at-risk youth between the ages of 12 and 16. The Free State Challenge Program is a 22-week residential program for high school dropouts between the ages of 16 and 18. Participants live on the main post of Aberdeen Proving Ground in Harford County while they prepare for the General Education Degree (G.E.D.) test and learn job skills.

MILITARY SUPPORT TO CIVIL AUTHORITIES
The Military Department provides aircraft, ground transportation, and engineering services to communities. It also allows equipment and armories to be used for community events. Federal and State law enforcement agencies are aided by the Department in drug-related seizures and arrests.

VETERANS AFFAIRS HONOR GUARD
Upon request, the Military Department organizes uniformed honor guards to attend burial services of deceased veterans (Chapter 421, Acts of 1998). Military funeral honors are available at all cemeteries in the State and are free of charge for Maryland veterans. Between October 1998 and September 2005, the Department performed over 17,000 such details.

Today, the Maryland Air National Guard is a separate reserve component of the U.S. Air Force. The Guard is composed of the State Command and the 175th Wing Command (including the 104th Fighter Squadron, the 135th Airlift Group, and the 235th Civil Engineer Flight). It provides air combat forces and airlift aircraft, as well as emergency support, to the U.S. Air Force and other unified commands.

Origins of the Maryland Army National Guard trace to 1634 when two militia captains disembarked with early settlers at St. Clement's Island in St. Mary's County. At that time, all able-bodied men were obliged to serve in the militia, and volunteers were organized to protect the settlement. The militia expanded as the colony grew.

Volunteer units, known as "Maryland Forces", fought with the British to secure the frontier during the French and Indian War from 1756 to 1763. By the end of the conflict, participation in the militia lapsed but was revitalized in 1774 as relations between the colonies and England became more strained.

Several Maryland militia units fought with Washington's Continental Army and later became known as the Maryland Line. After the Revolution, Maryland maintained a militia force which saw action in the War of 1812, distinguishing itself at the Battle of North Point (1814).

Under the Guard are the 29th Infantry Division (Light) - Support, which oversees the Combat Aviation Brigade; and the 58th Troop Command, which is responsible for the 70th Regional Training Institute; the Joint Force Headquarters (JFHQ); and the 58th Expeditionary Military Intelligence Brigade. Moreover, the armories, readiness centers, and military reservations are overseen by the Maryland Army National Guard.

As commander-in-chief of the militia, the Governor has the power to organize and maintain additional military forces, known as the Maryland Defense Force. The Force is separate and distinct from the Maryland National Guard. The Force is composed of officers, commissioned or assigned, and all able-bodied citizens of the State who volunteer and are accepted for service. They may be ordered to active duty in the State by the Governor whenever the National Guard has been called into the military service of the United States. Members of the Force are uniformed as prescribed by the Governor, who also may reduce or disband such forces (Code Public Safety Article, secs. 13-101, 13-501 through 13-508).