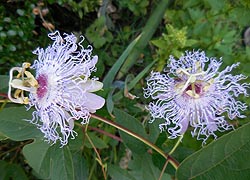 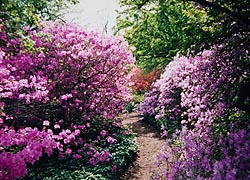 Botany, a branch of biology, is the study of plant life, structure, and processes. Over 3,000 plant species have been identified in Maryland, but some 300 of them have become extinct. Many plants are used as food, money crops, such as tobacco, or as decorative accents. Recently, Maryland has helped tobacco farmers convert to other crops in an effort to curb smoking. Aside from agricultural or decorative uses, many plants also have medicinal value. Botanical or herbal medicines are increasingly popular to treat various illnesses, such as asthma, arthritis, fatigue, and cancer.

In Maryland, the Wildlife and Heritage Service of the Department of Natural Resources, and the Arboretum and Botanical Garden at the University of Maryland, College Park study and conserve the wide variety of plant species found throughout the State.

The Wildlife and Heritage Service's Natural Heritage Program tracks rare native plants that are endangered. The Service also offers educational resources to promote a better understanding of the natural world and ways to preserve it.

The University Arboretum and Botanical Garden actually encompasses the whole campus of the University of Maryland, College Park. The University was designated as an arboretum and garden in 2008 by the American Association of Public Gardens. Over 8,000 trees, 400 acres of forest, and multiple gardens spread across the campus. Seeds from threatened species are stored in the University Greenhouses. 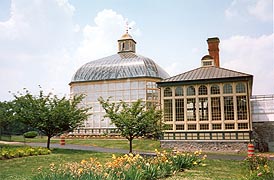 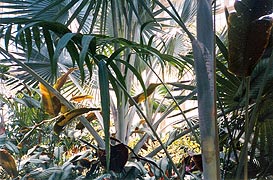 Opened in 1888, the Rawlings Conservatory displays plant material in five distinct areas: the original 1888 Palm House, the Orchid Room, the Mediterranean House, the Tropical House, and the Desert House. The Conservatory is the second-oldest steel framed-and-glass building still in use in the United States.

Formed in 1929, the Natural History Society of Maryland holds extensive collections of plants and animals. Some of these date from the 1800s, and helps document the environment of earlier periods.