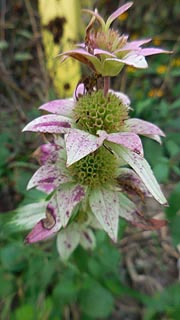 Every year, dozens of distinct wildflower species bloom in Maryland. To maintain the natural beauty of the State and maintain and increase natural habitat, two programs use wildflowers: the Wildflower Program and the Wild Acres Program. 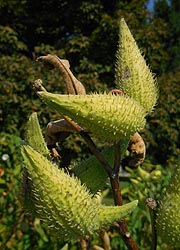 Since 1986, the Wildflower Program has been overseen by the State Highway Administration of the Department of Transportation. Formed to improve areas surrounding local highways, both in ecology and aesthetics, the Program uses a seed mixture designed to provide blossoms continuously from early March through late November. Since its inception, the Program has planted more than 300 acres of native and naturalized wildflowers along the roadsides and medians of State highways.

The Wild Acres Program offers residents advice and designs to convert backyards into natural habitat, including wildflower meadows. Created to expand wildlife resources and habitat, the Program is run by the Wildlife and Heritage Service of the Department of Natural Resources. 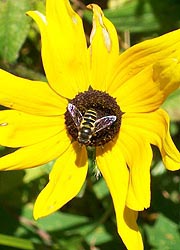 A number of wildflowers also are identified as herbs, because of their many useful qualities. Yarrow is such a plant, considered to be a healing herb and called the miliary herb, used topically on wounds, cuts, and abrasions.

Some wildflowers are extremely poisonous, and others are dangerous if handled improperly. If one such wildflower is eaten or handled, first aid is required. 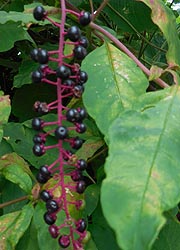 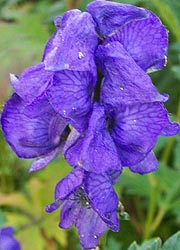 Pokeweed (Phytolacca americana L.), for example, has berries, both green and mature purple, that are poisonous. Its mature green leaves and red stems also are poisonous.

Monkshood (Aconitum L.), also known as wolf's bane or blue rocket, is not only poisonous, but just handling the plant briefly can provoke a reaction.