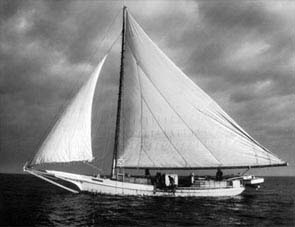 At that time, the General Assembly noted that: ". . . Recent efforts to restore the environmental integrity of the Chesapeake Bay have rekindled interest and appreciation in the majestic estuary as not only an economic asset but also as the foundation for a way of life for many Marylanders; and . . . Nothing better represents the way of life of Maryland watermen than the historic Chesapeake Boat known as the Skipjack . . ." 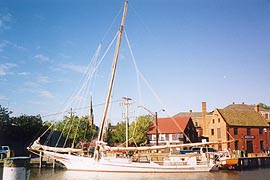 Skipjacks are the last working boats under sail in the United States. In winter, fleets of skipjacks used to dredge oysters from the floor of Chesapeake Bay. "Drudgin," as watermen called this process, was hard, cold, dirty, sometimes dangerous work. 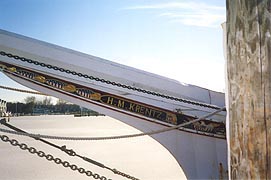 The name, skipjack, is taken from fish (such as skipjack herring, skipjack mackeral, skipjack tuna) that leap in and out of water, and play on the water's surface. With a reputation for speed, skipjacks sometimes can resemble the fish as they come about quickly making continuous passes or "licks" over oyster beds.

On Maryland's Eastern Shore, the skipjack originated in the 1890s. It was better known as a small "two-sail bateau" with a V-hull. The craft evolved into a larger, hearty skipjack, powerful in light winds. Ranging in length from 25 to 50 feet, these boats have a shallow draft with centerboard and carry a single mast, two-sail sloop rig.

In 1957, more than 80 skipjacks plied the waters of Chesapeake Bay. By 1985, when the skipjack was designated the State Boat, fewer than three dozen licensed and working skipjacks sailed the Bay. Today, the prevalence of powerboats, and disease and environmental hazards affecting the oyster present a bleak future for commercial skipjacks. Despite restoration efforts, the fleet has diminished sharply in recent years. Few skipjacks operate commercially except in the tourist trade.

In November 1999, the skipjack fleet was selected as "Treasure of Month" in the Save Maryland's Treasures program of the Maryland Commission for Celebration 2000. The Commission's Save our Skipjacks Task Force explored ways to preserve the fleet and, indeed, the Chesapeake Bay Skipjack Fleet has been recognized as a national treasure in danger of extinction. On June 6, 2002, the Fleet was named to the 2002 list of America's Eleven Most Endangered Historic Places by the National Trust for Historic Preservation.

In July 2003, the U.S. Department of the Interior designated the skipjack Rebecca T. Ruark as a national historic landmark. The 117-year-old Rebecca T. Ruark is the oldest vessel in the Chesapeake Bay Skipjack Fleet.