The work of Maryland sculptors is represented at public and private sites. Maryland subjects also have inspired other artists. 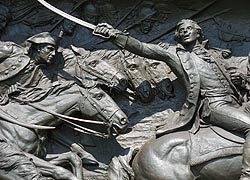 Polish Count Casimir Pulaski (1745-1779) joined the American Revolution, distinguishing himself at the Battle of Brandywine in 1777. Asked by George Washington to organize the Continental Army cavalry, Pulaski is called the "Father of the American Cavalry". At his last cavalry charge (shown left) during the 1779 Siege of Savannah, he suffered fatal battle wounds. 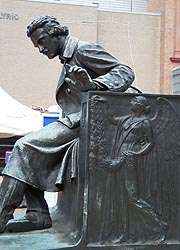 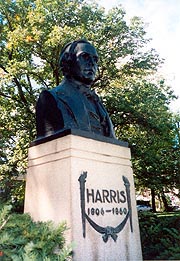 Harris founded the Baltimore College of Dental Surgery, the first dental school in the world, in 1840. 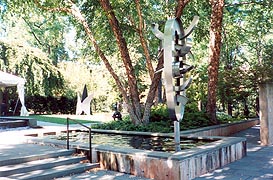 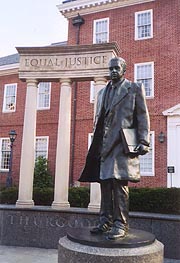 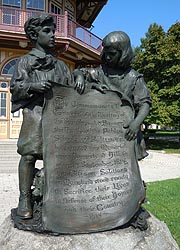 Star-Spangled Banner Centennial Memorial (1914), by J. Maxwell Miller, in front of Pagoda, Hampstead Hill, Patterson Park, Baltimore, Maryland, September 2014. Photo by Diane F. Evartt. Sculpture depicts two school children holding a scroll that reads: “To commemorate the centennial of the writing of the Star-Spangled Banner, the pupils of the public schools of Baltimore have erected this memorial upon Hampstead Hill where in September, 1814, the citizen soldiers of Maryland stood ready to sacrifice their lives in defense of their homes and their country.” 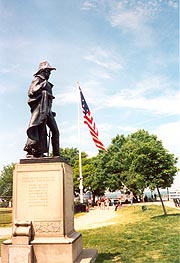 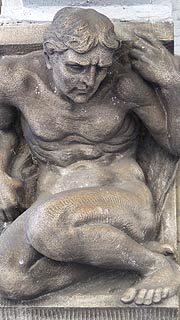 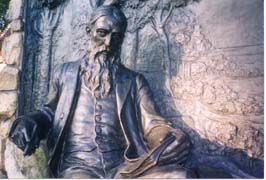 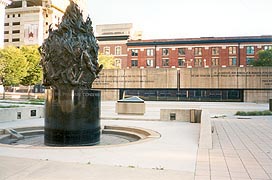 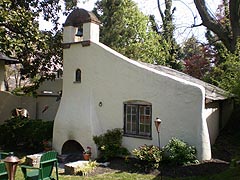