UNITED STATES DISTRICT COURT
FOR THE DISTRICT OF MARYLAND 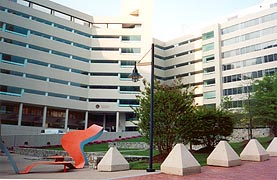 U.S. Magistrate Judges trace their origins to the federal Judiciary Act of 1789 which authorized magistrates to set bail in federal criminal cases. In 1812, federal circuit courts were authorized to appoint such persons to take affidavits, set bail, and receive fees for those services. As their duties expanded, these court officials became known as commissioners by 1817. Commissioners could try petty offenses committed in certain national parks in 1894, and, in 1896, a system of U.S. Commissioners was established formally. Appointed to four-year terms by the U.S. District Courts, commissioners exercised the same powers and duties of their predecessors but were compensated according to a uniform fee schedule. After 1940, commissioners could try all petty offenses committed on federal property if so designated by the appointing U.S. District Court and with written consent of the defendant.