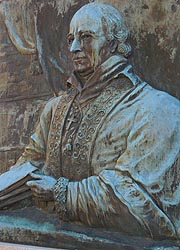 1814, Aug. 24-25. British burned the White House, the U. S. Capitol, and the Library of Congress and other public buildings in Washington, DC. District residents fled to Maryland and Virginia. President James Madison first retreated to Virginia. 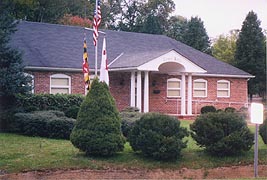 1894, May. "Coxey's Army" encamped at Bladensburg and other Maryland sites after first march on Washington, DC.

1911. Normal School no. 3 an institution for education of African-American teachers, moved from Baltimore to Bowie.

1920. Maryland State College of Agriculture merged with University of Maryland with its main campus at College Park.

1932, May. "Bonus Army" of World War I veterans and supporters traveled through Maryland to march on the Capitol in Washington, DC.

1954, May 17. Thurgood Marshall and NAACP won Brown v. Board decision of U.S. Supreme Court. Following ruling, African Americans were able to apply to undergraduate programs at University of Maryland in Baltimore, University of Maryland at College Park, and at State Teachers Colleges at Frostburg, Salisbury, and Towson.

1963, Aug. 28. Cars, trains, and busloads of demonstrators entered Maryland on route to March on Washington, DC. 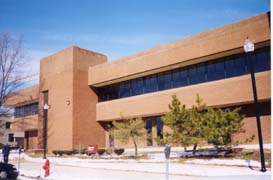 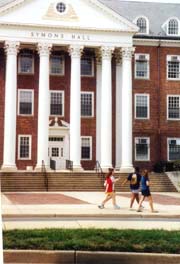 2011, Sept. 8-9. Courthouse and County Administration Building closed due to flooding.