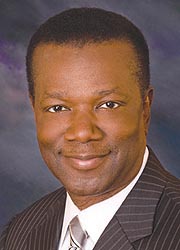 Mr. Johnson began serving his term on February 18, 2012 at the Federal Correctional Complex in Butner, North Carolina. Later moved to the Federal Correctional Institution, Cumberland, Maryland, he was transferred to a federal halfway house near Baltimore on December 15, 2016. Released from federal custody in June 2017, he is on supervised release until June 2020.