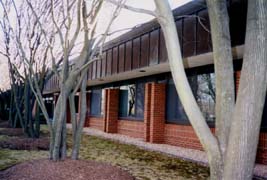 A system of State, regional and local facilities for educational and cultural television programming throughout Maryland is developed, operated, and maintained by the Commission. The Commission also is responsible for the preparation, content, and presentation of programs for the general public and, with the approval of the State Board of Education, for use in the public schools. The Commission also is authorized to develop radio programming (Code Education Article, sec. 24-205). In addition, the Commission holds the federal license for broadcasting stations operated by Maryland Public Television (MPT).

The Commission's eleven members are appointed for five-year terms by the Governor. Two members are nominated by the State Board of Education. One member is the State Superintendent of Schools. The Governor names the chair and vice-chair (Code Education Article, secs. 24-201 through 24-207).

In 2004, Maryland Public Television began to offer both analog and digital transmission. By June 12, 2009, federal law required that all full-power television stations broadcast only in digital format (Digital Television Transition & Public Safety Act of 2005, P.L. 109-171). To free up frequencies for police, fire and emergency rescue communications, MPT stopped all analog broadcasting on that date.

Educational services to all Marylanders are provided by the Division through programs, such as community preview screenings; distribution of licensed content from other public broadcasting organizations; and expanded on-air and on-line information. For students and their families, educators, and schools, the Division develops programs with educational content. Division programs serve all ages and degrees of educational achievement, from preschool through college, as well as life-long learners.

The Technology Division oversees the technical production of broadcast programming. At six transmitters throughout the State, it also maintains transmission and communications, and ensures that equipment and infrastructure perform around the clock.

Under the Division are five departments: Facilities, Information Technology Services, Production and Maintenance, Production Services, and Transmission and Distribution.

Under Operations are the Content Division and the Development Division.

RECORDS MANAGEMENT
Since October 1, 2017, the Maryland Public Broadcasting Commission has had a program for the continual, economical and efficient management of its records. The Commission's Records Officer develops and oversees the program, and serves as liaison to the Records Management Division of the Department of General Services, and to the State Archives (Chapter 539, Acts of 2017; Code State Government Article, secs. 10-608 through 10-611).

The Division administers the creation and broadcast of ongoing television series, as well as one-time documentaries or specials, for viewers in Maryland, parts of contiguous states and the District of Columbia. The Division also manages programming of MPT channels, seeks production funding and underwriting, and serves as liaison to independent producers and program distributors.

As the primary revenue producer for Maryland Public Television, the Division secures financial support from members, donors, and foundations. All fundraising activities are developed and managed by the Division, which oversees day-to-day operations of the MPT Foundation, Inc. The Division also conducts special events and other community engagement activities to link its stations to communities throughout Maryland.

Under the Division are four departments: Major and Planned Giving, Membership, On-Air Fundraising, and Special Events and Community Engagement.