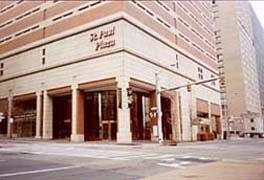 The Administration licenses and regulates insurers, insurance agents, and brokers who conduct business in the State, and monitors the financial solvency of licensed insurers. The Administration also is responsible for collecting taxes levied on all premiums collected by insurance companies within Maryland.

The Maryland Insurance Administration is directed by the Maryland Insurance Commissioner who ensures that all insurance laws of the State are faithfully executed, and counsels and advises the Governor on all matters assigned to the Administration. The Commissioner authorizes and licenses insurance companies, producers, adjusters, and advisors for fire, casualty, life, accident, health, title, bail bonds and other insurance and annuities. Further, the Commissioner approves all insurance policies offered for sale in Maryland by authorized companies, authorizes rating bureaus and advisory organizations, and approves or rejects the rates for most lines of insurance (Code Insurance Article, secs. 2-101 through 2-507).

Under the Commissioner, the Administration is organized into seven divisions: Chief Actuary; Financial Regulation; Insurance Fraud and Producer Enforcement; Life and Health; Market Regulation and Professional Licensing; Operations and Technology; and Property and Casualty.

The Chief of Staff manages administrative and operational activities for the Commissioner.

The Unit investigates and resolves complaints made by insurance policyholders, claimants, beneficiaries, and providers of health care. For consumers, it provides information about their insurance coverage, and helps them understand their rights and responsibilities under their insurance policies.

Government Relations is responsible for the evaluation of future issues related to insurance regulation and insurance market development. The unit represents the Commissioner before the Maryland Congressional Delegation, the General Assembly, and the Governor's Legislative Office. Government Relations also develops the Administration's position on pending legislation as well as develops the agency's legislative agenda.

Hearings and Regulations are overseen by the Associate Deputy Commissioner.

FISCAL SERVICES
Fiscal Services is responsible for accounting, budget, and procurement activities within the Administration section. The unit also oversees supply distribution and the mail room.

RECORDS MANAGEMENT
Since October 1, 2017, the Maryland Insurance Administration has had a program for the continual, economical and efficient management of its records. The Administration's Records Officer develops and oversees the program, and serves as liaison to the Records Management Division of the Department of General Services, and to the State Archives (Chapter 539, Acts of 2017; Code State Government Article, secs. 10-608 through 10-611).

Annually, the Office values and certifies the reserves held by life insurance companies in Maryland to pay future benefits. Further, the Office reviews rate requests and their supporting data to determine compliance with Maryland laws and regulations that govern health insurance. Industry trends also are tracked and analyzed by the Office.

The Division licenses all insurance companies conducting business in Maryland. It conducts financial analyses and examinations of licensed insurers as often as the Commissioner deems advisable, but at least every five years. In addition, the Division performs audits of the insurers' annual statements, and their quarterly and annual premium tax reports.

Under the Division are Company Licensing, Financial Analysis, and Financial Examination.

In 1992, functions of the Insurance Fraud and Producer Enforcement Division began when the Insurance Fraud Division was established by the Governor as a unit within the Department of Licensing and Regulation (Executive Order 01.01.1992.24). The unit transferred to the Office of the Governor in 1993 (Chapter 538, Acts of 1993; Executive Order 01.01.1994.16). In July 1995, the Division joined the Maryland Insurance Administration, and adopted its present name in July 2021.

Cooperating with the Department of State Police and the Office of Attorney General, the Division investigates and prosecutes individuals and companies who commit insurance fraud. In addition, the Division reviews anti-fraud plans and annual fraud statistics submitted by insurance companies.

The Life and Health Division reviews the life, health and dental insurance policies used by Maryland insurance providers. Each annuity contract used in Maryland is reviewed by the Division, as is each health maintenance organization (HMO) subscriber and provider contract used in Maryland. To ensure that premium rates are not excessive, inadequate, or discriminatory, the Division also reviews initial rate filings by insurers.

The Market Regulation and Professional Licensing Division regulates insurance companies, insurance producers, title agents, public adjusters, and issuers of bail bonds in Maryland. The Division conducts general and target market-conduct examinations, which include a review of sales practices, advertising and materials, underwriting practices, and claims handling practices. Moreover, it investigates insurance producers and other unauthorized entities for compliance with insurance laws and regulations

Producer Licensing licenses insurance producers and other professionals, including bail bondsmen. It conducts background investigations of applicants for agent and broker certificates of qualification. Similarly, it conducts such investigations of officers, directors, and major stockholders of insurance companies licensed in Maryland. Further, the unit verifies that agents and brokers meet continuing education requirements, and it reviews and approves such continuing education courses.

For Maryland residents applying for licenses in other states, this unit issues letters of certification or clearance.

The Division oversees two units: Complaints, and Rates and Forms.