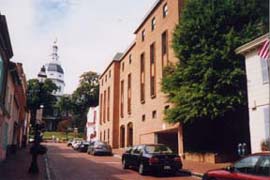 In May 2005, the Subcabinet was authorized to establish a fund to receive contributions for the benefit of sister-state relationships. The funds are to be disbursed at the direction of the Subcabinet upon direction of the Finance Committee of the Board of Directors of the Maryland Sister State Program (Executive Order 01.01.2005.24).

Chaired by the Secretary of State, the Council consists of seven ex officio members (Executive Order 01.01.2005.24).