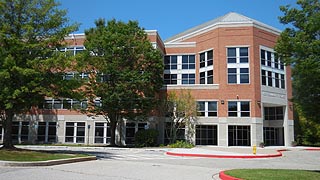 In July 2008, the BayStat Subcabinet was established (Chapter 120, Acts of 2008). Its primary function was to oversee the BayStat Program (Code Natural Resources Article, sec. 8-2A-03). BayStat is a statewide tool designed to access, coordinate, and target Maryland's Bay restoration programs, and inform Maryland citizens about progress in restoring the health of the Chesapeake Bay.

In February 2007, the Governor initiated the BayStat Program to measure and evaluate Maryland's efforts to restore the Chesapeake Bay (Executive Order 01.01.2007.02). Authorized by statute in July 2008, the Program was extended to cover Maryland's efforts to restore Maryland's Atlantic coastal bays as well (Chapter 120, Acts of 2008). To that end, the Program administered the Chesapeake and Atlantic Coastal Bays 2010 Trust Fund. To policymakers and the public, the Program provided accurate and timely data on the success and cost-effectiveness of local, State and federal programs to restore the Chesapeake and Atlantic coastal bays (Code Natural Resources Article, secs. 8-2A-03/04).

From December 2011, the Subcabinet also worked with the Smart Growth Subcabinet to coordinate implementation of PlanMaryland.