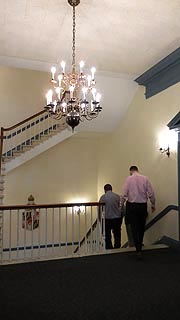 Proposed State agency regulations are reviewed by the Committee with regard to the legislative prerogative and procedural due process. Moreover, periodic review and evaluation of existing regulations are monitored by the Committee, which also may be designated by the General Assembly to monitor the implementation of specific legislation by a State agency. In addition, the Committee may inquire into any alleged failure of a State government officer or employee to comply with Maryland statutory or constitutional law.

Copies of all regulations of each State agency are received by the Committee. Unless submitted to the Committee, certain regulations or standards may be invalid (Code State Government Article, secs. 10-101 through 10-139). The Committee also is required to receive emergency energy executive orders promulgated by the Governor (Chapter 1, Acts of 2nd Special Session of 1973). This legislative authority has been updated annually.

For the Code of Maryland Regulations (COMAR), the Committee sits as a legislative advisory board.

Twenty members comprise the Committee. Ten are senators appointed by the Senate President, and ten are delegates appointed by the House Speaker at the beginning of each regular session. Members serve for one year. The chair and vice-chair alternate each year between the two houses. Representation of each political party is approximately in the same proportion as its membership in each chamber (Code State Government Article, secs. 2-501 through 2-507).