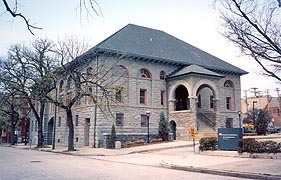 Maryland is made up of six physiographic provinces, or regions where the geology and climate make the land different from adjacent areas. These provinces include the Appalachian Plateaus; Ridge and Valley; Blue Ridge; Piedmont; Atlantic Coastal Plain; and the Atlantic Continental Shelf.

Appalachian Plateaus Province. The Appalachian Plateau lies in Western Maryland, stretching across Garrett County and western Allegany County. It holds siltstone, shale and sandstone, as well as some areas of coal.

Ridge & Valley Province. The Ridge and Valley Province in Western Maryland encompasses most of Allegany and Washington counties. It contains limestone, shale, and sandstone.

Atlantic Coastal Plain. The Atlantic Coastal Plain is the largest physiographic province in Maryland. It encompasses the whole Eastern Shore, all counties bordering the Chesapeake Bay, and Southern Maryland, including Prince George's, Calvert, Charles and St. Mary's counties. It is made up of gravel, clay, silt, sand, and some iron ore. 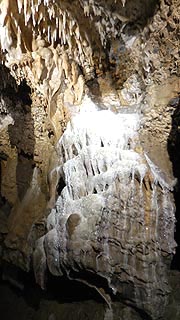 At least 53 caves are found in Maryland. Most are in the western region of the State. They hold high concentrations of limestone and marble.

Many of the rocks in Maryland contain fossils, or the preserved remains of animals or plants. These include shark's teeth, shells, arthropods, and even dinosaurs. The Astrodon johnstoni is Maryland's State Dinosaur.