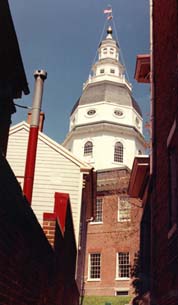 Opened in March 1779, the Maryland State House in Annapolis is overseen by the State House Trust. 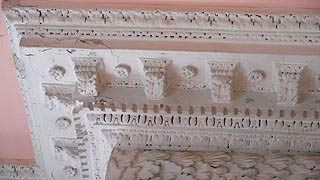 Annapolis, the State Capital, is graced by various colonial buildings, including the State House, the Chase-Lloyd House, the Shiplap House, the William Paca House, the Hammond-Harwood House, and the James Brice House. 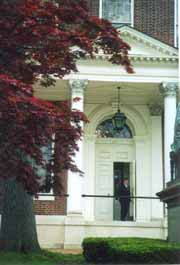 In Maryland, the State Board of Architects regulates the practice of architecture (Code Business Occupations & Professions Article, secs. 3-101 through 3-702; Code of Maryland Regulations, Title 9, Subtitle 21).

The State Board of Examiners of Landscape Architects licenses and regulates landscape architects, and partnerships and corporations through which landscape architecture is practiced (Code Business Occupations & Professions Article, secs. 9-101 through 9-702). 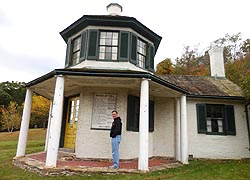 All properties in the State that have been surveyed and recorded are listed on the Maryland Inventory of Historic Properties, which is maintained by the Division of Historical and Cultural Programs of the Department of Planning. 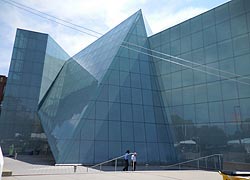 Modern buildings often are found alongside older structures in Baltimore. Indeed, within one site - the Walters Art Museum's exterior - is found a combination of historical and modern architecture, including the Greek-Revival style of the Hackerman House (1850) on Mount Vernon Place; the Palazzo style of the Museum's Main Building (1909) on Charles Street; and the mid-century Brutalist style of the Centre Street Annex (1974).

The glass-covered Brown Center is part of the campus of the Maryland Institute College of Art. 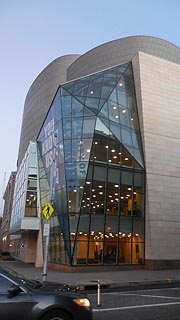 Also in Baltimore, the Student Center provides a focal point for the University of Baltimore campus. 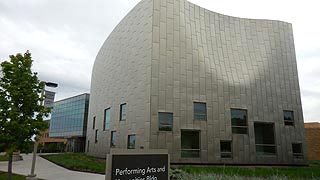 On other college campuses, additional interesting structures are found. Located just outside of Baltimore, the Performing Arts and Humanities Building is at the University of Maryland Baltimore County, which alerts patrons to the modernity of its offerings.