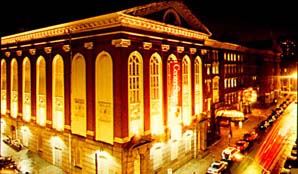 Maryland's two principal theaters are Baltimore Center Stage (the State Theater) and Olney Theater (the State Summer Theater). In addition, Maryland is home to a variety of smaller professional and community theaters, ranging from classical to experimental. 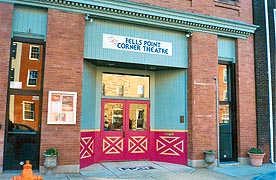 Members of Baltimore's vibrant theater community, including the Baltimore Theatre Project, the Black Cherry Puppet Theater, Everyman Theatre, the Fell's Point Corner Theatre, and the Vagabond Theatre produce everything from avant-garde puppetry to Shakespeare. Many Baltimore theatres afford the opportunity to see drama and comedy performed intently by small companies of dedicated actors. 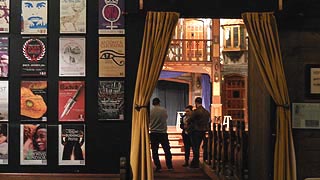 Community theater thrives in Annapolis, where the Colonial Players celebrate over half a century of education and entertainment in a city that is also home to the Summer Garden Theatre and the Classic Theatre of Maryland. For those outside the metropolitan area, Rep Stage in Columbia offers professional quality theater in intimate settings. In Charles County, the Port Tobacco Players entertain at La Plata. For Annapolis theater history, see: "The Progress of Refinement: A History of the Theatre in Annapolis" by Jane McWilliams (Annapolis: The Colonial Players Inc., 1976). 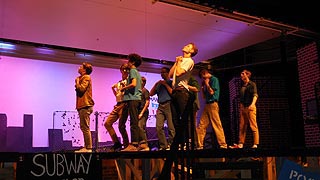 Theatrical productions, including musicals, also are staged around Maryland by local high schools, often providing young actors with their first opportunity to perform.