UNITED STATES ATTORNEY FOR THE DISTRICT OF MARYLAND 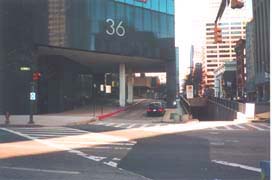 Two geographic divisions comprise the Office of the United States Attorney for the District of Maryland. The Southern Division covers Calvert, Charles, Prince George's, Montgomery and St. Mary's counties. The remaining Maryland counties are included in the Northern Division.

The Office is organized into three functional divisions: Administrative, Civil, and Criminal.

The lltigation acts of the Civil Division and the Criminal Division are supported by the Administrative Division, which also works to ensure compliance with rules and regulations of the U.S. Department of Justice. The Division further coordinates other options for law enforcement support, and victims and witnesses.

Located in Baltimore, the Civil Division defends U.S. government agencies when they are sued in court. It also prosecutes civil enforcement activities in a variety of fraud matters, and collects debts owed to the U.S. government.

In October 2008, the U.S. Attorney for the District of Maryland established the Election Fraud Task Force.

With the State Board of Elections and the Baltimore Field Office of the Federal Bureau of Investigation, the Task Force helps local authorities deter, detect, investigate, and prosecute any electoral corruption and voting rights violations in the Maryland general election.

In February 2009, the U.S. Attorney for the District of Maryland formed the Maryland Mortgage Fraud Task Force.

A pilot program, the Opioid Fraud and Abuse Detection Unit formed within the Criminal Division in August 2017. Maryland is one of twelve federal districts selected to participate in the program.

The Unit uses data on the manufacture, delivery, and sale of prescribed medications to identify persons, including doctors, medical professionals, and pharmacists, who further opioid use for financial gain. It coordinates its work with the federal Drug Enforcement Administration, the Federal Bureau of Investigation, and the U.S. Department of Health and Human Services.

NATIONAL SECURITY SECTION
While most national security matters come under the investigative jurisdiction of the Federal Bureau of Investigation, the National Security Section works with federal, state and local law enforcement agencies to ensure that all matters bearing on the national security interests of the United States are thoroughly investigated.

On September 17, 2001, the U.S. Attorney General directed each U.S. Attorney to establish an Anti-Terrorism Advisory Council. By 2011, over 240 agencies had joined the Anti-Terrorism Advisory Council of Maryland. They include federal, State and local agencies working in law enforcement, public health, and emergency planning and response, as well as the military, intelligence, and private sectors.

The Council works to combat terrorism in Maryland through four components: intelligence and information sharing; aggressive investigation and prosecution; emergency preparedness and response; and training. The Council operates and directs the Maryland Coordination and Analysis Center.

On November 3, 2003, the Anti-Terrorism Advisory Council of Maryland opened the Maryland Coordination and Analysis Center (MCAC) to begin its work of coordinating the efforts of federal, State and local agencies to gather, analyze, and share intelligence information with law enforcement, public health, and emergency responder personnel.

U.S. Attorneys for the District of Maryland