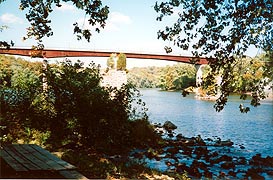 A nonregulatory agency, the Commission recommends ways to stop stream pollution, and conserve and wisely use water and associated land resources in the District through regional and interstate cooperation. The Commission is financed by appropriations from each member jurisdiction as well as by grants and contracts.

The Commission is composed of representatives of the five signatory jurisdictions: Maryland, Pennsylvania, Virginia, West Virginia, and the District of Columbia. Participating in the Commission, the United States government is not a signatory member. Representatives from Maryland include the Governor and two residents of the Potomac River Drainage Basin, who are appointed by the Governor for two-year terms (Code Environment Article, secs. 5-303, 5-304).