EDUCATION COMMISSION OF THE STATES

The Education Commission of the States operates under the Compact for Education, which Maryland ratified in 1966 (Chapter 128, Acts of 1966). The Commission helps its member states to develop effective policy and practice for public education. It facilitates long-range strategic thinking, collaboration, and the exchange of ideas among its member states. 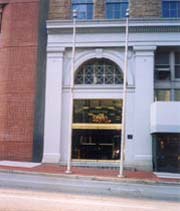 Created by the General Assembly in 1966, the Maryland Education Council represents Maryland on the Education Commission of the States (Chapter 128, Acts of 1966).

The Council consists of seven members. The Governor appoints three members whose terms coincide with those of the appointing Governor. The President of the Senate and the Speaker of the House of Delegates each appoint one member. The Governor and the State Superintendent of Schools serve ex officio (Code Education Article, sec. 25-103).