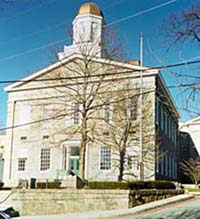 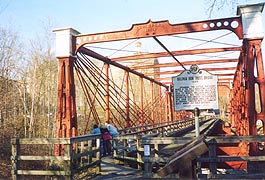 This bridge is an example of the bridging system invented by Wendel Bollman, Baltimore engineer, in 1850. It spans the Little Patuxent River.

1941. Women's Prison of the State of Maryland (now Maryland Correctional Institution for Women) opened at Jessup.