1747, May. Reformed Lutheran congregation organized by Michael Schlatter in Frederick. 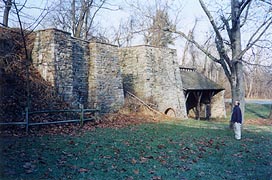 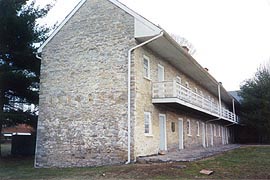 1777. Hessian Barracks were erected by British and Hessian soldiers captured during the Revolutionary War. Later, the Barracks held prisoners from the War of 1812, were used as an armory, a Civil War hospital, and as the original building for the Maryland School for the Deaf.

1822, May 23-24. As the Cattle Show and Fair, the first Frederick County Fair began at George Creager's Tavern at Monocacy Bridge.

1837. Carroll County created from parts of Frederick and Baltimore counties.

1861, May 8. Fire destroyed Courthouse at Frederick.

1861, Sept. 17. Federal troops and Baltimore police in Frederick arrested members and officers of General Assembly who were Confederate sympathizers. 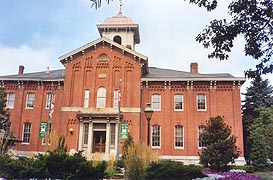 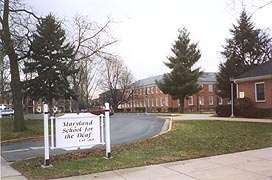 1864, July 10. Lt. Gen. Jubal Early's Confederate forces marched from Frederick towards Washington, DC, but due to delay from battle, Union reinforcements arrived in Capital in time to bolster its defenses.

1868, Sept. Maryland School for the Deaf opened at Frederick. 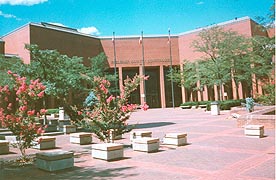