MARYLAND STATE BOARD OF CONTRACT APPEALS 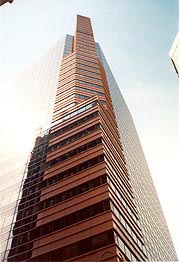 The Maryland State Board of Contract Appeals adjudicates bid and contract disputes between State government and contractors or vendors doing business with the State. Matters involved in bid disputes include the preparation and interpretation of bid specifications, qualifications and selection of bidders, and the bidding process. Issues in contract disputes include the quality of performance, compliance with contract provisions, compensation, claims and change orders, termination, and any other matter which cannot be resolved. The Board may subpoena witnesses and documents and may compel the testimony of witnesses. Decisions of the Board are subject to judicial review, and any aggrieved party, including a State agency, may appeal a final decision.

The Board does not have jurisdiction over the formation of contracts to procure architectural and engineering services, which may be appealed to the Board of Public Works. Nor does its jurisdiction cover labor disputes, or a contract claim related to a lease of real property.

Final decisions of the Board through 2004 were published in bound volumes by the former Maryland Institute for the Continuing Professional Education of Lawyers (MICPEL). These are available at the Board's offices and the Thurgood Marshall State Law Library. Decisions published from 1997 through the present, as well as digital copies of the MICPEL volumes, may be searched and viewed on-line through the Board website.

With Senate advice and consent, the Governor appoints the Board's six members to five-year terms. The Chair is named by the Governor (Chapter 741, Acts of 2022; Code State Finance and Procurement Article, secs. 15-201 through 15-223).

RECORDS MANAGEMENT
Since October 1, 2017, the Maryland State Board of Contract Appeals has had a program for the continual, economical and efficient management of its records. The Board 's Records Officer develops and oversees the program, and serves as liaison to the Records Management Division of the Department of General Services, and to the State Archives (Chapter 539, Acts of 2017; Code State Government Article, secs. 10-608 through 10-611).