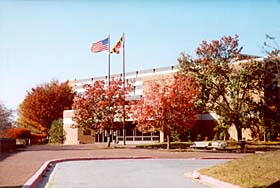 Annual Report to Department of Budget & Management & Department of General Services on condition of each public improvement under its jurisdiction due May 31 (Code State Finance & Procurement Article, sec. 4-408).

FROM UNITS WITHIN AGENCY