BOARD OF PUBLIC WORKS 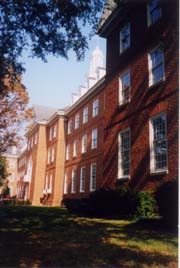 Maryland's first Board of Public Works was created in 1825 (Chapter 166, Acts of 1825). A nine-member body, it was abolished three years later (Chapter 64, Acts of 1828). Popularly elected to represent four regional districts of the State, four Commissioners of Public Works were authorized by the Constitution of 1851 (Const. 1851, Art. VII, secs. 1-3). That board was replaced in 1864 by the present three-member Board of Public Works composed of the Governor, the Comptroller of Maryland, and the State Treasurer (Const. 1864, Art. VII, secs. 1-3). The Constitution of 1867 continued provisions for the Board (Const., Art. XII, secs. 1-3).

The Board of Public Works exercises the powers and duties prescribed in the Maryland Constitution or delegated to it by the General Assembly. The Board reviews, approves, and/or oversees several statutorily mandated projects and programs, including significant State expenditures, and general obligations bond issuances.

The Board of Public Works is assisted by the Procurement Improvement Council.

PROCUREMENT IMPROVEMENT COUNCIL
On October 13, 1983, the Procurement Advisory Council was established by the Board of Public Works in accordance with recommendations of the Governor's Ad Hoc Committee to Study Article 21 - Procurement (COMAR 21.02.01.09). In October 2019, it was restructured as the Procurement Improvement Council (Chapter 590, Acts of 2017).

The Council advises the Board of Public Works on problems with the procurement process, and recommends improvements to that process.

PROCUREMENT ADVISOR
The Procurement Advisor advises the Board of Public Works on procurement matters, develops and implements procurement regulations, and analyzes procurement problems and issues.

RECORDS MANAGEMENT
Since October 1, 2017, the Board of Public Works has had a program for the continual, economical and efficient management of its records. The Board's Records Officer develops and oversees the program, and serves as liaison to the Records Management Division of the Department of General Services, and to the State Archives (Chapter 539, Acts of 2017; Code State Government Article, secs. 10-608 through 10-611).

The Executive Secretary of the Board of Public Works administers certain functions in connection with matters brought before the Board, including preparation and administration of the Board's operating budget, which contains grant programs to private agencies, institutions, colleges, and universities.

For Board meetings, the Office of Executive Secretary prepares one of several agendas considered by the Board, and schedules the appearance of persons wishing to testify. The Office notifies all affected parties of actions taken by the Board and prepares, distributes, and maintains the minutes of each meeting. A library of tape recordings and transcripts of each meeting also is maintained.

Appointed by the Board of Public Works, the Wetlands Administrator coordinates the Tidal Wetlands Licensing Program with other State, local and federal agencies; environmental groups; and the general public (Code Environment Article, sec. 16-202).