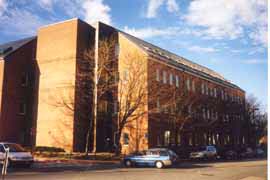 In January 2007, the Governor convened the Base Realignment and Closure (BRAC) Subcabinet to coordinate planning for the projected growth that accompanyied the realignment, authorized by Congress, of federal military bases in Maryland. The Subcabinet was established by statute effective June 1, 2007 (Chapter 6, Acts of 2007).

All State action to support the missions of military installations in Maryland was coordinated and overseen by the Subcabinet. This included related initiatives in the areas of workforce readiness, business development, education, health care facilities and services, community infrastructure and growth, environmental stewardship, workforce housing, and transportation.

The Subcabinet consisted of the Lieutenant Governor, who served as chair, and nine ex officio members. Authorization for the Subcabinet ended December 31, 2011 (Code Economic Development Article, secs. 11-101 through 11-109).

The Local Government Subcommittee of the Base Realignment and Closure Subcabinet formed in August 2007.