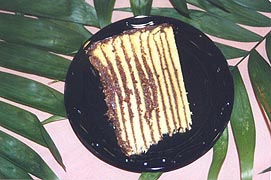 Effective October 1, 2008, the Smith Island Cake became the State Dessert of Maryland (Chapters 164 & 165, Acts of 2008; Code General Provisions Article, sec. 7-313). Traditionally, the cake consists of eight to ten layers of yellow cake with chocolate frosting between each layer and slathered over the whole. However, many variations have evolved, both in the flavors for frosting and the cake itself. 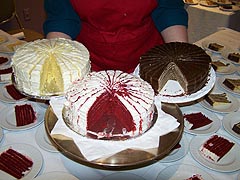 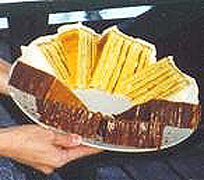 Originally settled in the 1600s, Smith Island has been home to watermen and their families for centuries. Given their isolation, an island culture and tradition developed and has been preserved, including their penchant for multi-layered cakes.