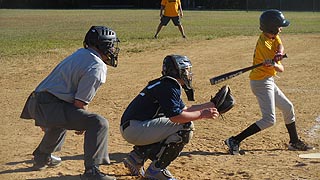 In Maryland, baseball is played by all ages all over the State. 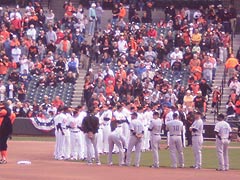 Since March 29, 2018, Orioles' games air on the Mid-Atlantic Sports Network, or MASN, on cable TV. 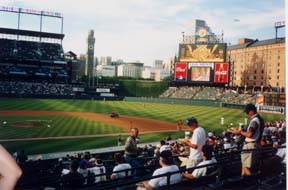 In March 2018, Oriole Park at Camden Yards was ranked the second-best ballpark in the nation by Forbes Magazine. 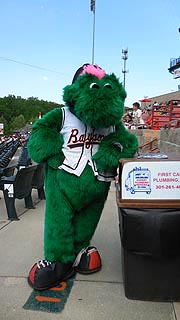 In Baltimore, the Orioles team has not been the only professional team to play baseball.

The Baltimore Canaries, also called the Lord Baltimores, played from 1872 to 1874 when financial difficulties caused the team to disband.

A team called the Baltimore Orioles played in the American Association from 1882 to 1891 and then in the National League from 1892 to 1899. On the team were Hughie Jennings, Joe Kelley, and John McGraw, as well as manager Ned Hanlon, all of whom later were inducted into the National Baseball Hall of Fame. From 1894 to 1896, the Orioles won three consecutive National League pennants, and, in 1896 and 1897, two Temple Cups (Championship Series). When the National League reduced the number of its teams in 1899, that Orioles team disbanded.

In 1901, a new Baltimore Orioles team formed within the American League. After two years of disputes, however, and plans to make the League more competitive, the franchise relocated to New York City following the 1902 season. There, the team later would become the New York Yankees.

The Baltimore Elite Giants were in the Negro National League from 1938 to 1948 and the Negro American League from 1949 to 1950. Formerly the Nashville Standard Giants, the team won the National Title in 1939 and 1949, before disbanding in 1950.

On December 16, 2020, Major League Baseball reclassified the Negro Leagues as major league and will now include records from over 3,400 players who played in the seven leagues from 1920 to 1948.

The current Baltimore Orioles (formerly the St. Louis Browns) made their debut at Memorial Stadium on April 15, 1954. During their first season, more than one million people attended their home games. By 1955, most of the former Browns players were traded. Over the next decade, the Orioles developed into a competitive team, signing Luis Aparicio, Jim Palmer, Boog Powell, Brooks Robinson, and Frank Robinson, among others. 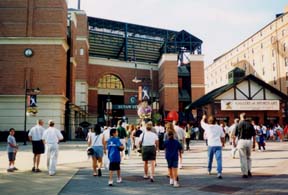 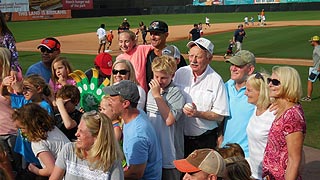 MINOR LEAGUES
Two minor league teams were named the Baltimore Orioles. Playing from 1903 to 1914, the first team was part of the Eastern League (later the International League). In 1908, it won the League pennant. In 1914, the team signed Babe Ruth, but owing to competition from the Baltimore Terrapins, sold him and other players before relocating to Richmond, Virginia.

In the International League, the second Orioles minor league team lasted from 1916 to 1953. The players were League champions from 1919 to 1925. They also won the Championship in 1944 and 1950, as well as the Little World Series in 1920, 1922, and 1925, and the Junior World Series in 1944. After their stadium, Oriole Park (formerly Terrapin Park), burned down in 1944, the team then moved to Municipal Stadium (later Memorial Stadium). When the St. Louis Browns moved to Baltimore in 1953, they acquired the Orioles' name and the minor league team relocated to Richmond. 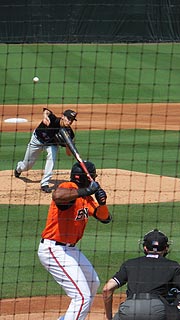 In Harford County, the Aberdeen IronBirds affiliated with the Baltimore Orioles in 2002 after relocating to Maryland from Utica, New York. Part of the New York-Penn League of Class A baseball, the team plays at Ripken Stadium, which opened June 18, 2002, in Aberdeen. In 2013, the IronBirds won the McNamara Division Championship within the New York-Penn League. The Ironbirds played their home opener on April 12, 2022.

In Prince George's County, the Bowie Baysox minor league baseball team is the Baltimore Orioles Class AA minor league affiliate. It belongs to the Eastern League of AA baseball. The team plays in Bowie at Prince George's Stadium, which opened in 1994. Home opening day for the Baysox was April 8, 2022.

Frederick County's Minor League team is the Frederick Keys, which was established in 1989. It was the Carolina League Class A affiliate of the Baltimore Orioles until 2020. In 2021, the Frederick Keys joined Major League Baseball's Draft League, an amateur league where players can be drafted by any MLB team. The Keys play in Frederick at Harry Grove Stadium, which opened in 1990. The Keys' home opener was June 2, 2022.

In Washington County, the Hagerstown Suns were part of the South Atlantic League from 1993 to 2020. They played in Hagerstown at Municipal Stadium, built in 1931. The Suns were a Class A affiliate of the Toronto Blue Jays (1993-2000), the San Francisco Giants (2001-04), and the New York Mets (2005-06), before changing their affiliation to the Washington Nationals in 2007. Following the cancellation of the 2020 season due to the coronavirus, the Suns' contract with the Nationals wasn't renewed and their affiliation with Major League Baseball ended after minor league restructuring.

ATLANTIC LEAGUE
In Charles County, the Southern Maryland Blue Crabs began playing on May 2, 2008, at the Regency Furniture Stadium in Waldorf. The team is part of the Atlantic League of Professional Baseball, which is not affiliated with Major League Baseball. The Blue Crabs played their home opener on April 26, 2022. LITTLE LEAGUES
The Cal Ripken World Series involves champion Little League teams from across the nation and the world. First played in Illinois, the World Series relocated to the Ripken Baseball Complex at Aberdeen, Maryland, in 2003.

Each summer, 12-year old baseball players in ten teams from across the United States and eight top teams from around the world compete in the World Series to crown a single world champion. In the 2016 World Series, teams competed from Australia, Canada, the Dominican Republic, Japan, the Republic of Korea, Mexico, New Zealand, Puerto Rico, and the United States. Maryland also was represented. The Series is televised on the Major League Baseball (MLB) Network.

The final World Series at the Ripken Baseball Complex was held from July 29 to August 6, 2016, when the Championship was won by Japan. The next World Series will be held in August 2023.