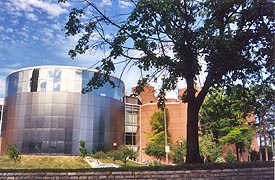 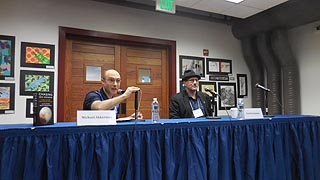 Maryland's relation to astronomy dates to the 17th century. Arthur Storer (c. 1642-1686), the first astronomer in the American colonies, moved to Calvert County, Maryland, in 1678. Storer was among the first to sight and record data describing Halley's Comet on its return in 1682. Last seen in 1986, Halley's Comet orbits the sun approximately every 76 years and it will return in 2061. 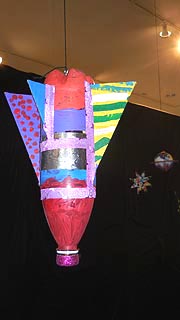 In Maryland are a number of institutions concerned with astronomy, aeronautics, and space research, including the Goddard Space Flight Center, Greenbelt; the Maryland Science Center, Baltimore; and the Space Telescope Science Institute, Baltimore.

GODDARD SPACE FLIGHT CENTER
Formed in May 1959, Goddard Space Flight Center is in Greenbelt. The Center was named for Robert Hutchings Goddard, the father of modern rocket propulsion. As part of the National Aeronautics and Space Administration (NASA), the Center was the first space flight complex established by NASA.

The Center is the nation's largest organization of combined scientists, engineers, and technologists that build spacecraft, instruments and new technology to study Earth, the sun, our solar system and the universe.

MARYLAND SCIENCE CENTER
Founded in 1797, the Maryland Academy of Sciences opened its new home, the Maryland Science Center, in June 1976. The Center, including its Davis Planetarium and IMAX Theater, borders the Inner Harbor in Baltimore.

SPACE TELESCOPE SCIENCE INSTITUTE
For the National Aeronautics and Space Administration (NASA), the Association of Universities for Research in Astronomy (AURA) operates the Space Telescope Science Institute at The Johns Hopkins University in Baltimore.