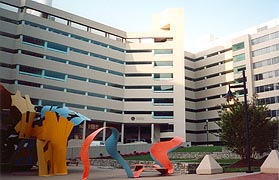 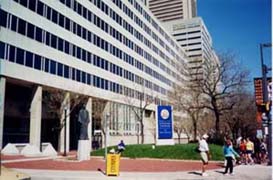 Under the U.S. Department of Justice, the United States Marshals Service is the nation's oldest federal law enforcement agency. The office of U.S. Marshal was established in each federal judicial district by the federal Judiciary Act of 1789. As Presidential appointees, Marshals functioned independently within their districts until 1861, when they were placed under supervision of the U.S. Attorney General. In 1956, the U.S. Department of Justice established the Executive Office for U.S. Marshals, which functioned until 1969, when the U.S. Marshals Service formed.

By 1972, the Service supervised budgets and the hiring and training of deputies nationwide. The federal Marshals Service Act of 1988 further defined the role of U.S. Marshals.

Today, the Service apprehends federal criminals who jump bail, violate parole, or escape from prison; and provides transportation and care for prisoners in its custody. Federal judges, court officials, jurors, and witnesses within and away from court facilities are protected by the Service. It also manages assets seized or forfeited as a result of criminal activities, such as drug trafficking, money laundering, organized crime, and fraud.

The U.S. Marshal for each district is appointed to a four-year term by the President of the United States with the advice and consent of the U.S. Senate.