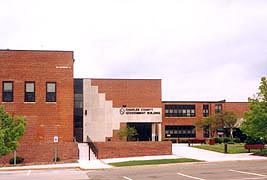 REDISTRICTING BOARD
After each federal decennial census, the County Code requires that the Board of County Commissioners revise the County’s four commissioner election districts (County Code, sec. 27-1 B).