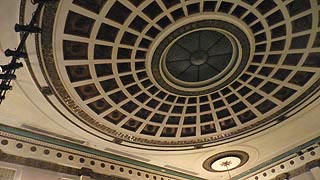 Convened by the Mayor, the Panel is to submit to the Mayor a list of qualified candidates for the Board of School Commissioners. The Mayor then appoints nine voting members to the Board from the list submitted by the Panel. 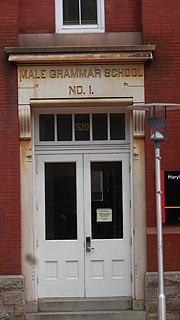 The public school system in Baltimore City began in 1829 when three grammar schools were organized. Male Grammar School no. 1 formed in 1829, meeting in the basement of the Presbyterian Church on Eutaw Street near Mulberry Street. In 1832, it moved to the northeast corner of Greene and Fayette Streets. Male and Female Grammar Schools no. 2 opened in 1829 in a frame house at Fells Point on Bond Street between Canton Avenue and Aliceanna Street.

By 1855, Baltimore had organized primary, grammar (intermediate) and high schools (Report of Commissioners of Public Schools, 1855). Night schools also were organized "for the reception of young mechanics, tradesmen, and others, who might wish to devote their evenings to the acquirement of such elementary branches of learning as are necessary in the transaction of ordinary business." A "Floating School, for the education of boys destined for nautical life" had been authorized by the City Council in 1854, but monies still had to be collected for "the purchase of a ship with the necessary appurtenances." Prior to 1867, no provision was made for the public education of African Americans, and thereafter only a system of segregated schools was provided. Not until September 1954 did Baltimore begin to desegregate its schools. 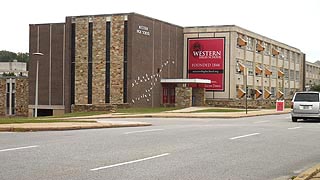 Under the Department of Education are 156 schools as of 2021. These include 16 high schools, 3 middle schools, 37 elementary schools, 56 combined schools, as well as 31 charter schools, and 13 other schools, among them vocational, special schools and alternative centers. In Fiscal Year 2021, some 77,807 students were enrolled full-time in the City's public schools.

In Baltimore City, the Department of Education is headed by the Board of School Commissioners (City Charter, Art. VII, secs. 59-64).

BOARD OF SCHOOL COMMISSIONERS
The Board of School Commissioners is responsible for the management of the Baltimore City Public School System. The Board determines educational policy for the Department of Education, provides forums at which residents of the City may express their views about educational policy and decision-making, and submits the annual budget for the Department. The Board also confirms or rejects all nominations by the Superintendent of principals, teachers, supervisors, directors, and other professional employees. Specifications for all educational supplies and equipment used by the Department are determined by the Board. 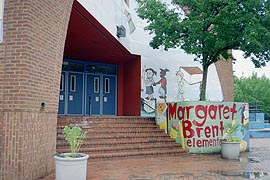 Plans and specifications for school buildings, including changes in plans and specifications, are prepared under the direction of and approved by the Board. Moreover, the Board also has authority to select school sites. In addition, the Board has charge of the transportation of pupils; the maintenance and operation of vehicles and equipment used for such purposes; and the care, storage, and distribution of supplies and equipment used by the Department. 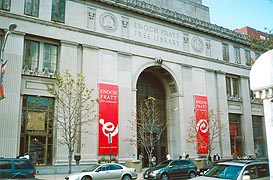 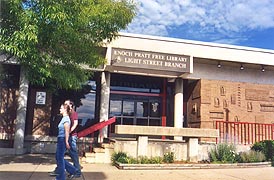 STATE LIBRARY RESOURCE CENTER
In 1971, the Central Library of the Enoch Pratt Free Library System was designated as the State Library Resource Center (Chapter 770, Acts of 1971). The Center lends books and other materials to libraries in the State Library Network from sources within Maryland and out of State via the Maryland Interlibrary Organization. It also provides information to State government through the Government Reference Service (Code Education Article, sec. 23-201).

The Center administers Sailor, Maryland's online electronic information network. Overseen by the Division of Library Development and Services of the State Department of Education in conjunction with the Center, Sailor connects Marylanders to information resources within the State and worldwide. It also provides access to Internet resources. Sailor allows users to identify and locate books; articles in magazines, newspapers, and journals; answers to specific questions; or information on a particular topic. It gives information about services of public and private agencies; and government information, such as proposed legislation, job listings, and census data. In all twenty-three counties and Baltimore City, Sailor is available without charge through libraries and by dial access on modem-equipped computers.