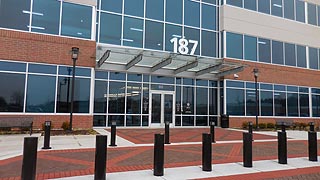 Organized in 1945, the Maryland Judicial Conference reviews the status of judicial business in the various courts, and considers improvements to court practice and procedure. It evaluates and recommends legislation, and discusses proposals to improve the administration of justice and the judicial system in Maryland. Annually, the Conference meets in plenary session 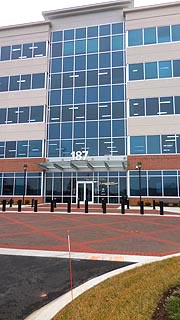 As the Executive Committee of the Maryland Judicial Conference, the Judicial Council began. It reorganized under its present name in October 2000.

In order to maintain the cohesiveness, leadership, and efficacy of the Judiciary, the Judicial Council provides guidance to the Chief Judge of the Court of Appeals.

To the Chief Judge of the Court of Appeals, the Council submits recommendations to improve the administration of justice in Maryland.

The Deputy State Court Administrator serves as Secretary for the Judicial Council.

The Committee advises the Chief Judge on governing the Judicial Branch of Maryland government. It considers judicial policy and serves as a forum for maintaining communication among the judicial leadership.

The Work Group was to report its findings to the Judicial Council by December 31, 2017.

JUDICIAL ETHICS COMMITTEE
The Judicial Ethics Committee was initiated by the Executive Committee of the Maryland Judicial Conference.

ALTERNATIVE DISPUTE RESOLUTION COMMITTEE
In January 2015, the Alternative Dispute Resolution Committee was organized. Throughout Maryland's judicial system, the Committee promotes the use of alternative dispute resolution processes. It reviews existing rules and makes recommendations for changes; monitors pending legislation that potentially would impact dispute resolution programs and services; and oversees the development of such programs and services. Further, it sets standards of conduct for professional mediators.

RESEARCH & GRANTS SUBCOMMITTEE
On May 20, 2015, the Judicial Council approved formation of the Research and Grants Subcommittee under the Alternative Dispute Resolution Committee.

Alternative dispute resolution research that is conducted by, or on behalf of, the Maryland Judiciary is monitored by the Research and Grants Subcommittee, which assists in disseminating information about that research within the Judiciary and to its justice partners. The Subcommittee also reviews published research by others in the field, recommends research that may be beneficial to the courts, and makes programmatic recommendations based on the findings of research. Further, the Subcommittee reviews information about grants related to alternative dispute resolution, which are received or awarded by the Judiciary.

Three subcommittees aid the Committee. They are concerned with Community Relations, Language Access, and Self-Represented Litigant. The Communication and Access to Judicial Information Joint Subcommittee assists the Committee.

COURT OPERATIONS COMMITTEE
The Court Operations Committee was established in January 2015. Under the Committee's purview are all matters concerning the efficient operation of the courts. The Committee works to develop consistent statewide operational policy and to implement known best practices.

Under the Committee are the Communication and Access to Judicial Information Joint Subcommittee, and three subcommittees: Case Management, Forms, and Jury Use and Management. Additionally, five work groups assist the Committee. They are concerned with Court Reporting, Expungement, Legislative Review, Trial Court Clerks Workload Study, and Joint Records Retention.

The Work Group reviews existing record retention schedules to ensure that all units of the Judiciary have updated their schedules.

COURT TECHNOLOGY COMMITTEE
In January 2015, the Court Technology Committee was created, replacing the Technology Oversight Board of the Administrative Office of the Courts.

The Committee is responsible for efficient and effective technology operations within the Judiciary.

To the Judicial Council, the Committee provides advice and guidance concerning the implementation of new technology systems and their impact on judicial operations and functions. The Committee evaluates major information technology projects, and sets priorities and makes recommendations for judicial technology.

Under the Committee are the Communication and Access to Judicial Information Joint Subcommittee, and four subcommittees: Casesearch and Data Request, Noncase Record Technology, Policy for Use of Technology by Counsel and Parties, and Project Evaluation. An Email Retention Work Group also aids the Committee.

To support smooth and efficient operation of the District Court's twelve districts, the Subcommittee advises the Chief Judge and the Chief Clerk on policy and administrative issues as they arise.

With the Judicial College of Maryland, other Judicial Council committees, departments, and justice partners, the Committee works to effectuate the provision of all educational services, and seeks out new technologies, and innovative and effective delivery methods (Administrative Order, Nov. 23, 2015).

EQUAL JUSTICE COMMITTEE
To strengthen the Maryland Judiciary’s commitment to equal justice under the law, the Chief Judge of the Court of Appeals formed the Equal Justice Committee in June 2020.

The Committee is to recommend strategies to dismantle any discriminatory behaviors in all aspects of the Judiciary’s functions. It will identify necessary improvements, resources, and support services, and develop educational opportunities for ongoing Judiciary-wide engagement in the pursuit of equal justice for all.

The Committee recommends policy, rules, and legislation to improve the administration of juvenile law, including juvenile justice and child welfare.

The Committee is aided by two subcommittees: Civil Law, and Criminal Law.

The Committee monitors changes to laws, rules, and policies that might affect retired and recalled judges.

SENIOR JUDGES MARYLAND ELECTRONIC COURTS (MDEC) ACCESS SUBCOMMITTEE
This subcommittee is concerned with the Maryland Electronic Courts (MDEC) case management system, which will be used by all the courts in the Maryland Judiciary.

SPECIALTY COURTS & DOCKETS COMMITTEE
In December 2006, the Chief Judge of the Court of Appeals created the Problem-Solving Courts Committee (Administrative Order, Dec. 21, 2006). In January 2015, the Committee reformed as the Specialty Courts and Dockets Committee.

The Committee is assisted by three subcommittees: Business and Technology Case Management; Mental Health, Alcoholism, and Addiction; and Problem-Solving Courts.

BUSINESS & TECHNOLOGY CASE MANAGEMENT SUBCOMMITTEE
Under the Specialty Courts and Dockets Committee, the Business and Technology Case Management Subcommittee was organized in January 2015.

MENTAL HEALTH, ALCOHOLISM, & ADDICTION SUBCOMMITTEE
The Mental Health, Alcoholism and Addiction Committee was initiated by the Executive Committee of the Maryland Judicial Conference. In January 2015, it reformed as a subcommittee of the Specialty Courts and Dockets Committee.

PROBLEM-SOLVING COURTS SUBCOMMITTEE
A program of continuing performance evaluation for problem-solving courts was established under the Maryland Judicial Conference when the Problem-Solving Committee was authorized in December 2006 (Administrative Order, Dec. 21, 2006). Functions of that committee were re-assigned to the Problem-Solving Courts Subcommittee formed in January 2015 under the Specialty Courts and Dockets Committee.

Problem-solving courts are those appointed within a circuit court by the Circuit Administrative Judge to deal with problems that continually give rise to criminal charges brought before the court. They are specialized dockets designed to divert criminals into a program that provides intensive treatment and case supervision closely managed by a court. Under this program, offenders are held strictly and immediately accountable for their behavior through a variety of incentives and sanctions.

All requests to establish problem-solving courts are reviewed by the Subcommittee, which also advises the Chief Judge of the Court of Appeals on such matters. In addition, the Subcommittee serves as the Judiciary's clearinghouse for grants relating to these courts.