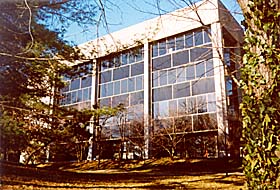 The District Court of Maryland began operating as a court of record in July 1971. It had been created by constitutional amendment in 1970 (Chapter 789, Acts of 1969, ratified Nov. 3, 1970; Const., Art. IV, secs. 41A through 41-I). The Court replaced the justices of the peace, the county trial magistrates, the People's Courts (in certain counties), the People's Court of Baltimore City, and the Municipal Court of Baltimore City.

With statewide jurisdiction, the Distrct Court of Maryland functions in every county and Baltimore City.

Administered centrally, the District Court of Maryland is funded totally by the State.

District Court judges are appointed by the Governor to ten-year terms, subject to Senate confirmation. They do not stand for election. Those appointed may take office upon qualification (or commissioning). Their term of office begins at the date of commissioning. After their being commissioned, a swearing-in date is set. 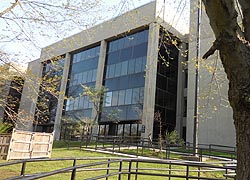 The District Court of Maryland has 34 locations in twelve geographical districts statewide. Each district contains one or more political subdivisions, with at least one judge in each county and Baltimore City. 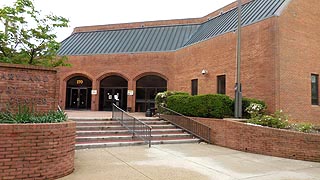 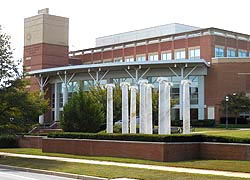 District administrative judges oversee the administration of the local district courts, budgets, and procurement. They also manage trial calendars to ensure the expeditious disposition of cases.


District commissioners in each district determine if a defendant is to post bond or collateral, be held in custody, or be released on their own recognizance. They also issue arrest warrants.

With the approval of the Chief Judge of the District Court of Maryland, a district commissioner is appointed by the District Administrative Judge in each district.