STATE ADVISORY COUNCIL ON QUALITY CARE AT THE END OF LIFE 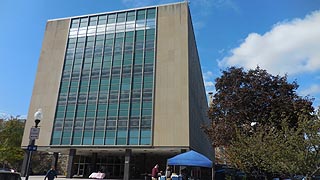 On changes in laws related to the provision of care at the end of life, the Council advises the General Assembly, the Attorney General's Office, the Department of Aging, and the Maryland Department of Health.

The impact of State statutes, regulations, and public policies on the care provided to the dying is studied by the Council. In 2005, for example, the Council studied issues concerned with establishing a statewide registry for advance health care directives. In addition, the Council monitors trends in the provision of care to patients with fatal illnesses, and participates in public and professional educational efforts concerned with the care of the dying.

Twenty-three members compose the Council. Of these, seventeen are appointed by the Governor; one is chosen by the Senate President; one is named by the House Speaker. Four serve ex officio (Code Health-General Article, secs. 13-1601 through 13-1604).