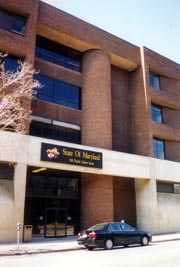 In October 2007, the P-20 Leadership Council of Maryland was initiated by the Governor (Executive Order 01.01.2007.20). In July 2010, the Council was established as the Governor's P-20 Leadership Council of Maryland by statute by the General Assembly (Chapter 191, Acts of 2010). "P-20" refers to a system of education that encompasses preschool through graduate studies, and ensures that students from an early age are learning the necessary skills for a competitive workplace.