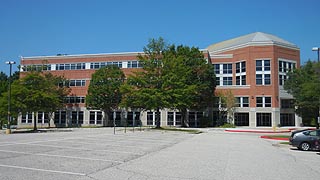 Using a health equity framework, the Commission is to examine the health of Maryland residents; and ways for State and local government to collaborate in implementing policies that affect the health of Marylanders. The Commission also will consider factors affecting health, such as access to safe and affordable housing; education; employment; economic stability; inclusion, diversity, and equity in the workplace; mobility and access to transportation; social justice; the environment; public safety; and food insecurity.

The Commission is to advise the Secretary of Health and through the Secretary the senior administrators and planners in the Maryland Department of Health on issues of racial, ethnic, cultural or socioeconomic health disparities; facilitate coordination of State agencies in developing a comprehensive health equity plan that addresses the soical determinants of health; set goals for health equity; and prepare a plan for the State to achieve health equity.

Twenty-seven members constitute the Commission. Twenty-four members serve ex officio. One is appointed by the Senate President, and one by the House Speaker. A local health officer represents the Maryland Association of County Health Officers (Code Health-General, secs. 13–4203).