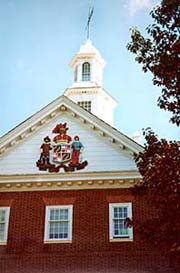 Appointed by Governor: Paul B. Meritt

The Capital Debt Affordability Committee was authorized by the General Assembly in 1978 (Chapter 43, Acts of 1978).

On a continuing basis, the Committee reviews the size and condition of the State tax-supported debt, as well as other debt of State units, including the University of Maryland System, Morgan State University, St. Mary's College of Maryland, and Baltimore City Community College.

The Committee consists of seven members. Six serve ex officio, and one member is appointed by the Governor. The State Treasurer is the chair (Code State Finance & Procurement Article, secs. 8-104 through 8-116; Chapter 445, Acts of 2005).