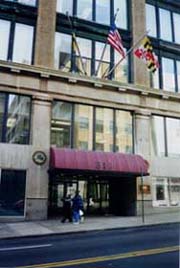 In March 2017, the Two-Generation Family Economic Security Commission was formed by the Governor (Executive Order 01.01.2017.03).

To mitigate multigenerational poverty in Maryland, the Commission was charged with identifying what current State services and policies can be used to address the needs of both parents and children in low-income families. Further, the Commission was to pinpoint program and service gaps, and any inconsistencies in federal, State and local policies.

Best practices currently in use were to be identified, tested, and recommended. Government agencies, private foundations, community action partnerships and welfare advocacy organizations with direct experience in the multigenerational approach were consulted by the Commission. Finally, the Commission had the option of establishing up to four pilot programs in areas with high percentages of children in multigenerational poverty.

Authorization for the Commission ended December 31, 2018.