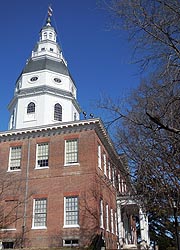 Maryland's Open Data Initiative was implemented by the Open Data Working Group, which met regularly to discuss policy and goals. The Group created an open data portal so citizens may access a dynamic data catalog of information compiled by State agencies. The data portal also accepts feedback from Marylanders on the available data, and what data should be available.

The Working Group last met in September 2013. Many of its functions were assumed by the Council on Open Data in June 2014.