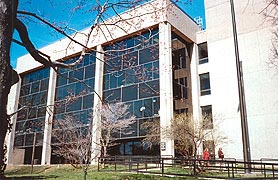 The Commission studied all aspects of child custody decision-making in Maryland, including the principles governing it, and current practice and processes. The study encompassed how to make child custody orders and modifications fairer, more uniform, and equitable; reduce litigation in child custody proceedings; promote and ensure children's continued relationships with both parents; and maximize involvement of both parents in a child's life. Further, the Commission considered how the Court may mitigate adverse effects of child custody litigation, as well as the advantages, disadvantages, and impact on children of joint physical custody. In addition, the Commission evaluated the governing statutes in other states, and considered whether Maryland law needs a statute specific to child custody decisions.

Other issues related to child custody considered by the Commission included: whether gender discrimination exists in custody decisions, and if so, how to address it; the role of case management systems; training programs currently available to judges; how domestic violence proceedings and interventions affect custody determinations; and whether language can be standardized for custody determinations. Finally, the Commission gathered quantitative data on total number and disposition of contested custody cases, and the availability of pro bono legal resources to petitioners and respondents.

On December 31, 2013, the Commission submitted its interim report to the Governor and General Assembly, and on December 1, 2014, its final report.

Authorization for the Commission ended December 31, 2014.