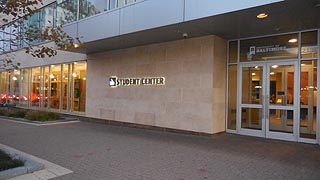 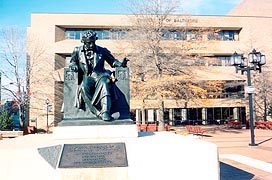 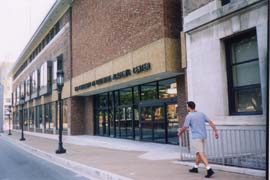 Career-oriented students are drawn to the University of Baltimore. Half are undergraduates and half are graduate students. More than 80 percent work full- or part-time. University services and programs are designed to support working students with a strong cooperative education program for undergraduates, convenient student service hours, and flexible scheduling of classes and programs. In the fall of 2006, the University became a four-year school, admitting freshmen and sophomores to a campus that formerly only served juniors, seniors, and graduate students.

Beginning with students who enter in Fall 2014, first-time freshmen are eligible for the Finish4Free Program. To address rising student debt and improve graduation rates, the University will offer free tuition in the final semester for students who are on track to graduate within eight semesters (four years).

University of Baltimore programs are administered through the Gordon College of Arts and Sciences, the College of Public Affairs, the Merrick School of Business, and the School of Law. The University houses the Schaefer Center for Public Policy, the Hoffberger Center for Professional Ethics, the International and Comparative Law Center, and the Jacob France Institute. 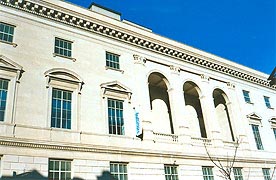 The Yale Gordon College of Arts and Sciences originated in 1937 as a junior college, became a four-year institution as the College of Liberal Arts in 1961, and began to offer graduate programs in 1974. The College was named for J. Yale Gordon, an alumnus and businessman, in 1982. In July 2010, it recieved its present name.

Within the College are the Klein Family School of Communications Design, and three divisions: Applied Behavioral Sciences; Legal, Ethical and Historical Studies; and Science, Information Arts and Technologies.

Established in 1987, the Hoffberger Center for Professional Ethics is part of the Gordon College of Liberal Arts. The Center promotes ethical awareness and discussion of ethical issues in curricula and academic programs.

The College of Public Affairs was established in July 2010. 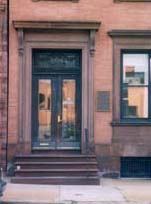 The Schaefer Center for Public Policy was established in 1985 as part of the Gordon College of Liberal Arts. In July 2010, the Center transferred to the College of Public Affairs within which it was made part of the School of Public and International Affairs. It is named for William Donald Schaefer, Maryland governor (1987-95) and comptroller (1999-2007).

Within the School are five departments: Accounting; Finance and Economics; Information Systems and Decision Science; Management and International Business; and Marketing and Entrepreneurship.

Within the Merrick School of Business, the Jacob France Institute was established in 1989 as the Jacob France Center. It received its present name in September 2001. The Center was named for Jacob France (1882-1962), a founding director of the Equitable Trust Company who chaired its board from 1929 to 1962.

The Institute seeks to increase public awareness of factors that affect business profitability. It distributes corporate and government grants and contracts to faculty researchers, publishes project findings, and conducts research for community organizations. 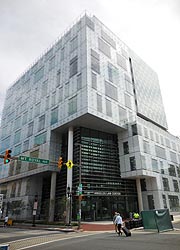 The School of Law was established in 1925 as a part-time evening program of the University of Baltimore. In 1969, a full-time day division was added. In 1970, the school merged with the Eastern College, Mount Vernon School of Law.